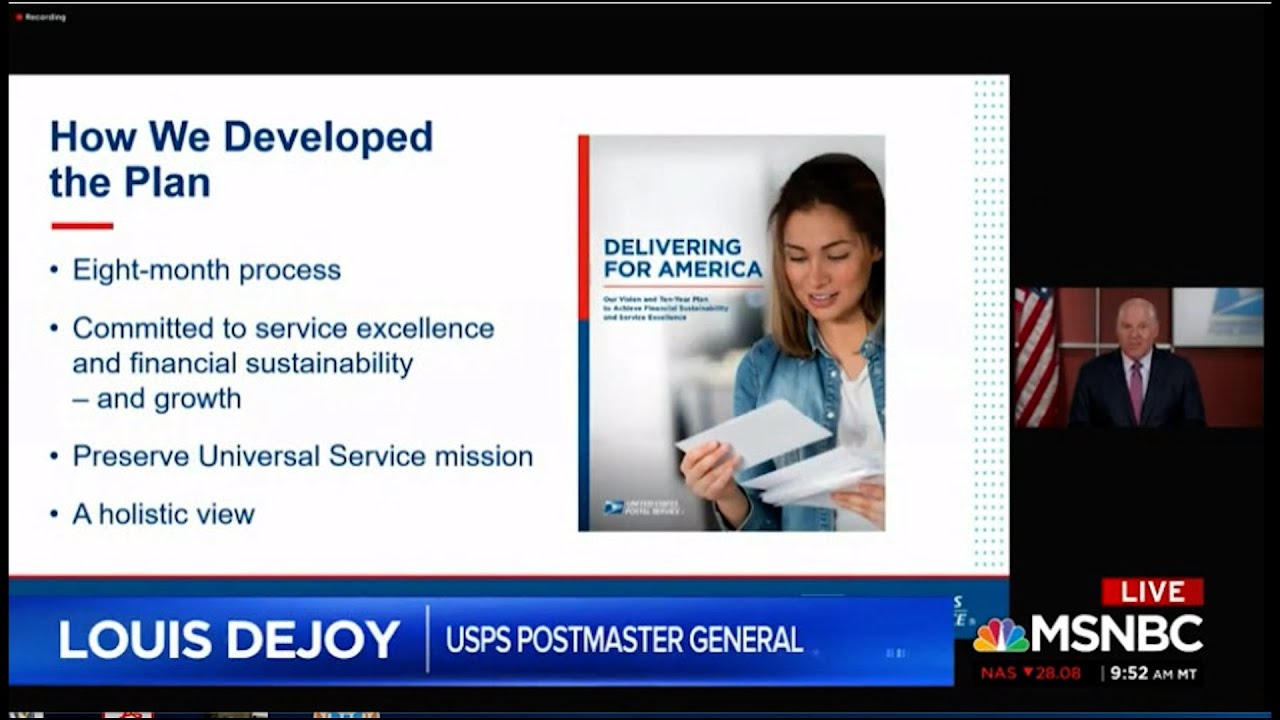 The attack on the postal service continues. Postmaster General Louis Dejoy is strategically crippling it for what I think is a specific reason.

He wants to destroy the postal service

You do not hear politicians telling the truth about what is occurring with the postal service. The bottom line, the private sector sees it as a potentially huge cash cow. That is the only reason why Louis Dejoy is crippling the service.

These four specific reasons why the postal service loses money.

Let’s not be fooled here. Corporations are salivating. In a society where online shopping is exploding, package delivery is lucrative. And Wall Street wants that. They want to control every necessary service in America to continue their extortion for profit. They’ve done it in healthcare. They’ve done it in energy. Now they want to do it in package delivery, but not completely. You see, there is little profit in delivering to certain rural and difficult to reach portions of America. As is now, they are happy to have a postal service that continues to deliver those at a loss that the taxpayers would ultimately pay for, a backdoor subsidy to shipping companies, corporate socialism.

(51660)
$17.62 (as of May 22, 2022 05:08 GMT -04:00 - More infoProduct prices and availability are accurate as of the date/time indicated and are subject to change. Any price and availability information displayed on [relevant Amazon Site(s), as applicable] at the time of purchase will apply to the purchase of this product.)