Postmaster General Louis DeJoy answered the leading question by Republican Congressman Paul Gosar in a manner that flattened his accusation against Democrats.

Postmaster General Louis DeJoy is at Congress testifying before the House Oversight and Reform Committee, amid rising concerns about delays in mail delivery ahead of the November election.

Democratic Congresspersons are grilling DeJoy. Republicans are attempting to use the hearing to promote fallacies about protests and anarchy delaying the mail and many other conspiracy theories our readers are well aware of.

It is clear Louis DeJoy's reform of the Postal Service is not in the best interest of Americans. It is likely a double attack. In the near term, cause enough disruption to make mail-in-vote sufficiently chaotic to give a flailing president a chance in the 2020 election. In the long term, he likely wants to privatize the Postal Service under the false pretense that it is more efficient.

To be clear, the private sector only delivers to areas where they can make money. The Postal Service delivers to every address. In fact, private companies use them to deliver mail they cannot profitably deliver. So, why would we want to privatize it at all? And is that even constitutional.

Anyway, Congressman Gosar asked the Postmaster General to dispel the “Democratic Lie” that they need more money. The congressman said that that the Postal Service had enough money from PPP and in hand to last through 2021. His response was epic.

“I would say that only in Washington DC would that be a good position to be in,” the Postmaster General said. “When I have a hundred and thirty-five billion dollars in liability, a two billion dollar biweekly payroll, and a bunch of others. But yes, we can get through the election, and with the loan should we take it — I don't know how we would pay it back — but should we take it we should be fine through mid 21.”

When even your Trump appointed Postmaster General, seemingly intent on destroying the postal service as we know it, cannot jump on a narrative that is so fiction-based, you've got a problem. 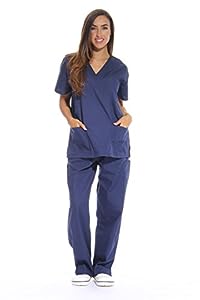