No, not by the US but by that jolly benevolent Empire of the British.

Of course, it was started by a corporation.

But something changed in 1765, shortly after the East India Company took control of the subcontinent and established a monopoly over Indian trade.

They arranged a sweetheart deal.

Here’s how it worked. The East India Company began collecting taxes in India, and then cleverly used a portion of those revenues (about a third)to fund the purchase of Indian goods for British use. In other words, instead of paying for Indian goods out of their own pocket, British traders acquired them for free, “buying” from peasants and weavers using money that had just been taken from them.

After the British Raj took over in 1858, colonisers added a special new twist to the tax-and-buy system. As the East India Company’s monopoly broke down, Indian producers were allowed to export their goods directly to other countries. But Britain made sure that the payments for those goods nonetheless ended up in London.

How did this work? Basically, anyone who wanted to buy goods from India would do so using special Council Bills – a unique paper currency issued only by the British Crown. And the only way to get those bills was to buy them from London with gold or silver.

G and Ts everyone! Cheers. Why this story, interest me?

Its President Brad Smith wrote: “The legislation will redress the economic imbalance between technology and journalism by mandating negotiations between these tech gatekeepers and independent news organisations.”
Cynics might point out it’s not surprising Microsoft backed a law framed specifically to affect two of its biggest rivals.

They were making money off getting something for free, journalism. Now the supporters of corporate conquest are miffed.

Not according to Benedict Evans. The tech consultant and former Silicon Valley venture capitalist has been a ferocious critic of the Australian law.

“Google caved to extortion early,” he says.
“Facebook stood on principle but screwed up by blocking everything instead of just actual news.

They will learn from this experience, believe me. The corporations are the modern day equivalent of Rome’s legions and more powerful than many nations. 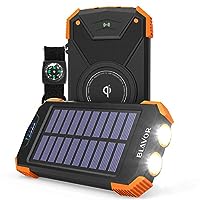