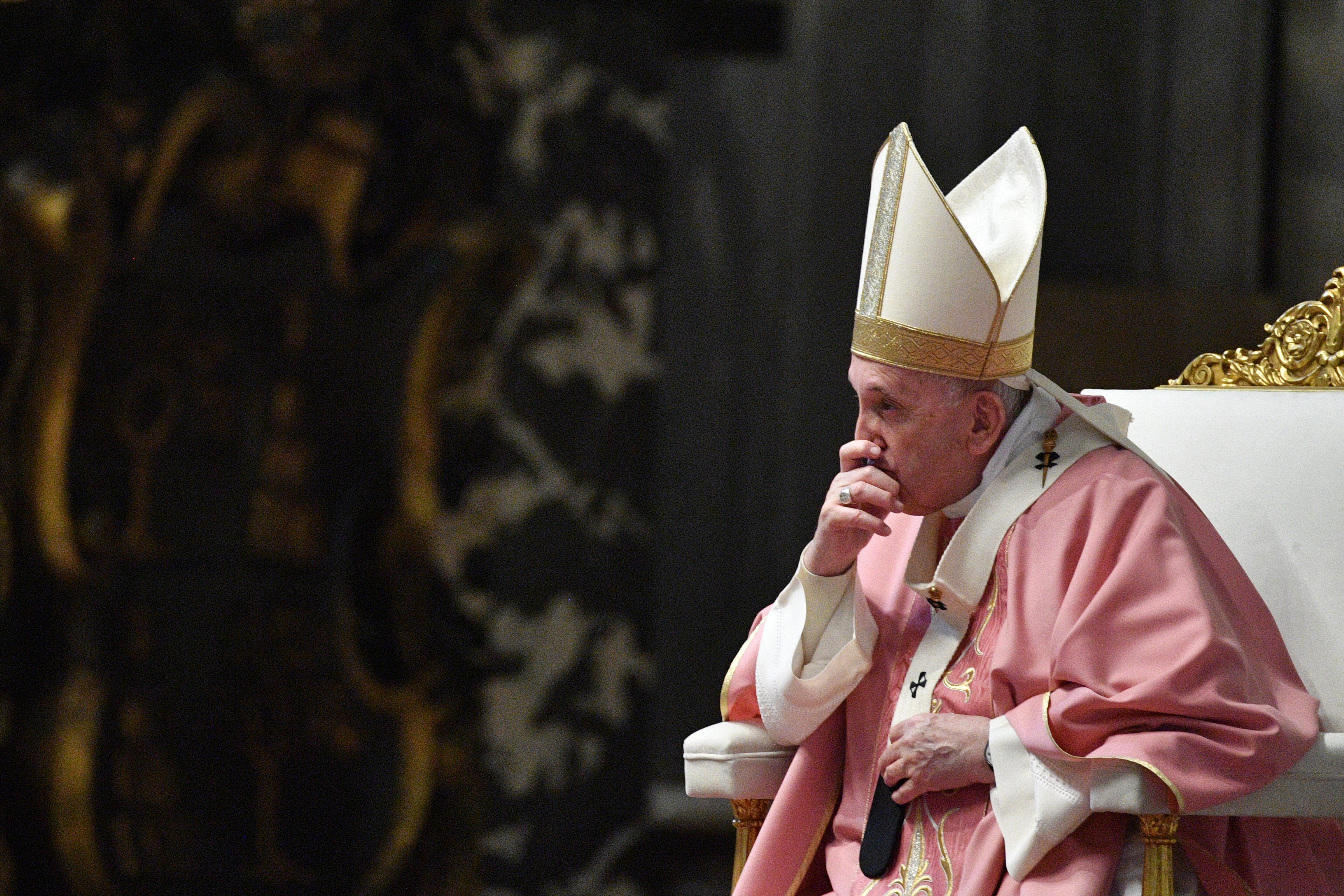 Speaking of yards, I can’t recall ever being hit with a yardstick, but I did get punched in the head by a nun once. (I don’t think it should matter that I hadn’t done the thing I was being “punished” for, but I’ll mention it anyway.)

Oh, and our diocese transferred a pedophile priest to our parish after he’d already offended at least once—so there’s that.

So when I hear about the Catholic magisterium passing moral judgment on individuals who choose to love people it disapproves of, it’s kind of hard for me to take it seriously.

And when Pope Francis—who many American Catholics had hoped would be more open toward same-sex unions—says such unions are, in fact, a no-no, I think, “Well, yeah, what did anyone really expect?” Keeping a death grip on picayune and egregiously outdated “moral” rules is kind of the church’s shtick, isn’t it?

So this news was hardly a surprise but, erm, I’ll mention it anyway.

Pope Francis has reiterated the Catholic Church’s stance that priests may not bless same-sex unions, calling them, in a decree he personally approved, “not ordered to the Creator’s plan” and something that “cannot be considered licit.”

The pronouncement from the Vatican’s doctrinal watchdog carries the weight of a universal ground rule for the Roman Catholic Church — and it delves into one of the most controversial issues inside an institution divided over its stance on sexuality.

Many gay Catholics had been hopeful that Francis would create more openness inside the church, not only by speaking more welcomingly about homosexuality, but by changing church law. In a documentary released last year, the pontiff had called for the creation of civil union laws so that same-sex couples are “legally covered.”

But Monday’s decree suggests that Francis, while interested in outreach to the church’s LGBT followers, does not favor a dramatic overhaul of church teaching. In various nations, the Catholic church has long fought against LGBT rights, and past popes have called same-sex unions deviant or a moral evil. Officially, the church teaches that homosexual acts are “disordered.”

I’m an agnostic now, but I was a devout Catholic for the first 19 years of my life, so I understand the yearning to stay in the fold.

That said, not caring what an old, unmarried man—who’s presumably never had to worry about his love for another person being denounced as “disordered”—believes has been a giant load off, to say the least.

To be fair, Pope Francis has shown remarkable openness when it comes to gays and lesbians, at one point saying, “Who am I to judge?” But it’s hard for any one person to drag an institution that took 350 years to apologize to Galileo into the 21st century.

So how should a good ex-Catholic boy like me react to the latest “news”?

That may be cold comfort for LGBTQ Catholics, but progress takes time. In the meantime, liberals and progressives will have their backs.

If only their own spiritual leader would have the insight and courage to join us.