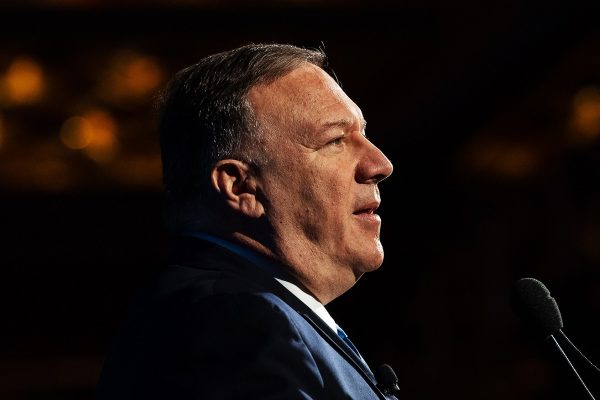 Secretary of State Mike Pompeo appeared on Meet The Press with Chuck Todd and blamed the Obama administration for the failure of Trump’s Iran policy.

Chuck Todd displayed some smart pushback during parts of the interview with Pompeo. However, he allowed the Secretary of State to spurt out some significant lies without pushback in this sub-segment.

Mike Pompeo came back with one of the most incredulous responses.

“Just the opposite, Chuck,” Pompeo lied. “We suffered from eight years of Iranian support from America. We gave them billions of dollars. ….”

First of all, it is a lie that the Obama administration gave Iran billions of dollars to sign the Iran deal. Here is the AP Fact check on Pompeo and Trump’s lie.

What concerns me more is how effectively orchestrated the killing of Qessem Soleimani is within the media alternative and independent media. I am already receiving essays ready to print to my website. The essays sound newsy and fair initially but as you read it is propaganda from the Trump administration.

Here are the images. I refuse to include the actual prose as I refuse to give false information google scannable access to my site or any other site that reposts my articles.

I don’t see this type of organization on the left. These guys are seeding the blogosphere and other sites with bogus information. And search engines will pick them up. The idea is as they dominate the number of articles online. More people will be misinformed by them. The paradigm has shifted and all of us would do well engaging.

On a side note, there is someone else that understands seeding and microtargeting. That is Michael Bloomberg. We all better step it up. Share and republish our progressive information widely on every platform.

(85828)
$0.00 (as of May 17, 2022 05:35 GMT -04:00 - More infoProduct prices and availability are accurate as of the date/time indicated and are subject to change. Any price and availability information displayed on [relevant Amazon Site(s), as applicable] at the time of purchase will apply to the purchase of this product.)