Former Vice President Joe Biden on Monday signaled he would be open to the Senate ending its practice of imposing a 60-vote threshold for most legislation, a positional shift from the Democratic presidential nominee who spent more than 35 years as a senator.

In comments to journalists Monday that were reported by The New York Times, Biden said he hoped to create systemic change on an array of issues in the U.S. and said he was open to measures that would allow legislation to pass the Senate with a simple majority vote.

Biden told reporters that, although he supported the filibuster in the past and still harbors hopes for bipartisan compromise, the level of defiance from Senate Republicans could influence his thought process.
“It's going to depend on how obstreperous they become,” the former vice president said of Senate Republicans who might filibuster legislation championed by a potential Biden administration. “But I think you’re going to just have to take a look at it.”

This is great news because even Democrats like U.S. Senators Chris Coons (D. DE) and Joe Manchin (D. WV) have warmed up to this idea:

Four months, one pandemic, and 128,000 U.S. coronavirus deaths since Coons disavowed filibuster abolition, America’s political landscape has been transformed. Joe Biden has opened up a double-digit lead over Trump in national surveys, while early polls show Democratic candidates leading Republican incumbents in five separate Senate races (Maine, Montana, North Carolina, Colorado, and Arizona). Most remarkably, over the past week, key Democrats have signaled that — if they secure the White House and both chambers of Congress next year — they will strongly consider using their power to pass laws.

“I will not stand idly by for four years and watch the Biden administration’s initiatives blocked at every turn,” Chris Coons told Politico last week. “I am gonna try really hard to find a path forward that doesn’t require removing what’s left of the structural guardrails, but if there’s a Biden administration, it will be inheriting a mess, at home and abroad. It requires urgent and effective action.”

Coons is one of the Senate’s foremost procedural conservatives. In 2017, he organized the drafting of a bipartisan letter calling on the upper chamber’s leadership to keep the filibuster in place. But the Delawarean is also a close Biden confidant. And, by all appearances, the presumptive Democratic nominee has sent word that he would like to actually govern in 2021.

After all, as HuffPost notes, the Democrats’ leading Senate candidates have all either endorsed abolishing the filibuster or else signaled their openness to doing so if GOP obstruction forces their hands. Considering that Schumer handpicked most of these candidates — and that they have little electoral incentive to pander to the infinitesimal “anti-filibuster” voting bloc — their messaging likely signals the will of their party’s leadership.

But the clearest indication of a sea change in the Democratic Party’s attitude toward procedural radicalism may come courtesy of Joe “just barely a Democrat” Manchin. Asked about progressive senator Jeff Merkley’s push for eliminating the filibuster, Manchin told The Hill Thursday, “I just heard they started talking and I’m interested in listening to anything because the place isn’t working.”

To be sure, there are still some stragglers in Chuck Schumer’s caucus. It might be safe for a West Virginia senator like Joe Manchin to entertain arguments for disempowering a future GOP minority. But that’s a riskier proposition for Democrats who represent conservative states like [checks notes] California.

“I’ve been here for 26 years [and] found it stood well for the body,” Golden State senator Dianne Feinstein said of the filibuster to reporters last week. “If it’s not broke, don’t fix it.”

The millions of undocumented immigrants who spent the past three and a half years living in fear of a terroristic immigration enforcement apparatus, and the past three months without access to basic social supports in the middle of pandemic — all because Democrats let the filibuster’s existence hamper the swift enactment of its top agenda items during Obama’s first two years in office — might disagree with Feinstein’s assesment.

Alas, Dianne is not alone.

Angus King, the Maine independent who caucuses with the Democrats, told The Hill that scrapping the filibuster “would be a huge mistake.” After all, “if we didn’t have the 60-vote rule today, the ACA would be gone.”

King speaks to a legitimate concern here — eliminating the filibuster would make it easier for Republicans to enact baleful reforms. And since the existing Senate map gives the GOP a structural advantage in the upper chamber, it would arguably behoove Democrats to preserve minority rights in the body.

And yet, the precedent King cites to substantiate such fears actually serves to mitigate them. It is not, in fact, true that the filibuster saved the Affordable Care Act. To the contrary, McConnell failed to get so much as 50 votes for a watered-down version of Obamacare repeal that would have left its Medicaid expansion intact.

If Mitch McConnell believed that abolishing the filibuster was in the long-term best interest of his party and its donor class, ethical scruples would not have prevented him from scrapping it. The fact that the legislative filibuster remains in place — contrary to Donald Trump’s wishes — reflects the GOP’s awareness that the supermajority requirement favors conservatism. Repealing social-welfare benefits once they are in place is exceptionally difficult, with or without a filibuster. George W. Bush’s plan for Social Security privatization, like Trump’s for Obamacare repeal, failed because public opposition was overwhelming, not because Senate procedure foiled their popular plans. By contrast, a wide array of proposals for expanding social benefits boast majoritarian support, but are nigh impossible to implement thanks to the combination of the Senate’s overrepresentation of conservative-leaning, white, rural states, and its newfound 60-vote threshold for all significant legislation. Which is to say: The filibuster does more to preserve America’s exceptionally regressive political economy than it does to thwart the GOP’s efforts to render that political economy even more regressive.

It may take more than the present crisis to make King, Feinstein, and other straggling Democrats see the light. But the caucus’s collective attitude toward filibuster reform is exponentially more favorable now than it was mere months ago. Which is remarkable given that Democrats remain in the minority. If Manchin is willing to entertain filibuster abolition at present, it isn’t that hard to imagine the entire caucus getting onboard in a context where Joe Biden is president, Chuck Schumer is Majority Leader, and Senate Republicans are obstructing much-needed, deeply popular economic relief legislation.

We can make this happen and with Biden opening up to it, it pushes it one step closer to reality. But first, we have to win the White House and the Senate. Click below to donate and get involved with Biden and these Democratic Senate candidates: 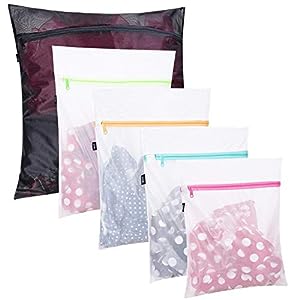