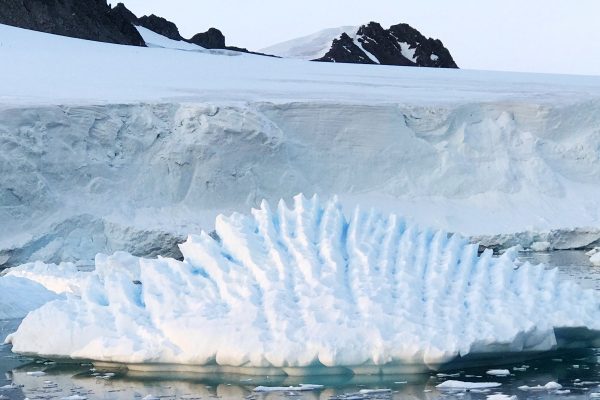 “I find it hard to exaggerate the peril, this is the new extinction and we are half way through it. We are in terrible, terrible trouble and the longer we wait to do something about it the worse it is going to get.” Sir David Attenborough

Antarctic and Arctic ice caps are melting six times faster than in the 1990s, according to climate scientists, who are sending even more urgent code red alarms for world leaders to act. They won’t move, of course, and as a result, we can expect ecosystem and economic collapse within decades.

For those of us in the first world, the climate crisis is still treated as a future threat even though millions of people are dying daily.

The coronavirus threat is getting the critical media attention that it deserves. The danger is indeed  imminent, and most people are taking measures to protect themselves, their friends, and their families. Because I am pushing sixty-five and the fact that I have underlying health issues, I am mesmerized by the daily news of Trump’s incompetence, and of the protective measures necessary to slow the spread of the virus. I am conscious of the fact that it is not all about me and my health. It is about the survival of future generations, and if we don’t address the urgency of the climate crisis with the same media attention and determination to act as we have with COVID-19, we will be dealing with billions of deaths as a result.

Below are a couple of climate deglaciation crisis articles that have not received the attention they deserve. I share them with you.

The news from the European Space Agency is grim.

The findings, published in two separate papers in Nature, show that Greenland and Antarctica lost 6.4 trillion tonnes of ice between 1992 and 2017 – pushing global sea levels up by 17.8 millimetres.

Of the total sea level rise coming from melting polar ice sheets, around 60% (10.6 millimetres) was due to Greenland ice losses and 40% was due to Antarctica (7.2 millimetres).

“If Antarctica and Greenland continue to track the worst-case climate warming scenario, they will cause an extra 17 centimetres of sea level rise by the end of the century. This would mean 400 million people are at risk at annual coastal flooding by 2100. These are not unlikely events with small impacts; they are already underway and will be devastating for coastal communities.”

Without rapid cuts to carbon emissions, the analysis indicates there could be a rise in sea levels that would leave 400 million people exposed to coastal flooding each year by the end of the century.

Rising sea levels are the one of the most damaging long-term impacts of the climate crisis, and the contribution of Greenland and Antarctica is accelerating. The new analysis updates and combines recent studies of the ice masses and predicts that 2019 will prove to have been a record-breaking year when the most recent data is processed.

There are too many glaciers falling apart too quickly to keep up with them!
This will be the last full-year comparison I'll make: pic.twitter.com/HycZwPhvoR

The IPCC’s most recent mid-range prediction for global sea level rise in 2100 is 53 centimeters (cm). But the new analysis suggests that if current trends continue the oceans will rise by an additional 17 cm.

“Every centimeter of sea level rise leads to coastal flooding and coastal erosion, disrupting people’s lives around the planet,” said Andrew Shepherd, of the University of Leeds. He said the extra 17 cm would mean the number of people exposed to coastal flooding each year rising from 360 million to 400 million. “These are not unlikely events with small impacts,” he said. “They are already under way and will be devastating for coastal communities.”

From hundreds of kilometres above our heads, #EO satellites🛰️ keep an eye on our ice sheets.
And what they report back is not good news: according to the latest IMBIE report, ice losses from #Antarctica & #Greenland are rising faster than expected.https://t.co/T1kiVBcmPd pic.twitter.com/NzMaXKGJBo

(22172)
$179.00 (as of May 16, 2022 04:05 GMT -04:00 - More infoProduct prices and availability are accurate as of the date/time indicated and are subject to change. Any price and availability information displayed on [relevant Amazon Site(s), as applicable] at the time of purchase will apply to the purchase of this product.)