Are we yet ready to reassure folks that DHS/FBI/BATFE are taking the election even more seriously.

When Trump calls on his most ardent supporters to “fight” and couples that with misinformation about attempts to “steal” the election, we should not be surprised when alleged plots like this purportedly unsuccessful attack in Philadelphia eventually occur. https://t.co/OfrUrbG3wl

PHILADELPHIA (WPVI) — Philadelphia police are investigating an alleged plot to attack the Pennsylvania Convention Center in Philadelphia on Thursday night.
Action News has learned that police got a tip about a group, possibly a family, driving up from Virginia in a Hummer to unleash an attack at the Convention Center where votes are being counted in Philadelphia. Action News was there as a man was taken into custody. It's unclear how or if the man is connected with the investigation. Police say they recovered a weapon and believe they recovered the Hummer they received a tip about.

QAnon decals on back window of Hummer parked near Pa. Convention Center and under investigation after police got a tip that occupants were armed and targeting the Convention Center where vote-counting in presidential election is underway. pic.twitter.com/SKAUhcmBvQ

Maybe you guys should have a camera crew sent out to get @AmandaChaseVA's reaction or at least ask if she was riding in the passenger seat.https://t.co/bKV7RLVZIP

It's taking a long time to count all of the votes, but that's the only way to make sure that #EveryVoteCounts.

Our democracy depends on brave men and women serving the public in the face of a pandemic to count accurately and our patience until they finish.#ElectionResults2020 pic.twitter.com/tXKgEZ5zgW

They seem to be taking this well. https://t.co/ft4N8CGI7Z

Republicans counted on voting machines to help them cheat. The mail in ballot thing really threw them.

All these claims of fraud are what desperation looks like. https://t.co/gfKDPetLER

This is some really 4th dimensional chess stuff: solicit PA Republicans to commit voter fraud to make the election look fraudulent to cause courts to throw out election results—after using the Supreme Court to force late ballots to be segregated so that can’t happen. LOL https://t.co/g6DC6laKZ2

The right-wing Heritage Foundation, after examining 36 years of mail-in ballots, found only 1,285 cases of voter fraud out of nearly two billion votes cast — a rate of .0000007 percent.

That’s about the same probability as being hit by an asteroid.

THE CRIME WE NEED TO CONCENTRATE ON IS VOTER SUPPRESSION NOT VOTER FRAUD!

I knew intellectually that the Trump gang's response to defeat would be vile and grotesque. But somehow it's still startling to see it playing out. Never mind patriotism, or respect for democracy. Don't any of them worry about looking ridiculous?

CNN’s Bakari Sellers Mocks Trump: ‘We Must Suck’ If We Rigged an Election That Lost Democrats House Seatshttps://t.co/8sss7I2FUJ

For four years, I've argued that voting against Trump was a purely binary choice. Tonight, I'm saying that you can either stand with Trump, or you can stand with the Constitution, but there's no longer any way even to pretend you can do both. https://t.co/09c8sdCKEL

Hitler ran by raging against the diktat, claiming that Germans were cheated at the end of World War I by the Treaty of Versailles. This is precisely what Orange Hitler is setting up for 2024– he and “good people” were cheated out of 2020. Literally out of the dictator playbook.

At some point we need to talk about consistent and illegal abuse of the apparatus of the entire federal government to aid Trump's campaign. 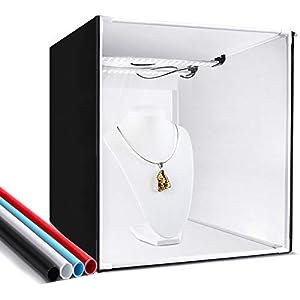