So, so many chickens—and nary a McNugget sauce pack to be found.

The PGA of America will strip Donald Trump of the 2022 PGA Championship, which is scheduled to be held at Trump National Bedminster golf club in New Jersey.

In a blistering column that says the golf world must sever all ties with Trump, Golfweek’s Eamon Lynch said the PGA has been debating for two years the need to move the major championship and, once Trump is out of office, will announce the tournament will be played elsewhere.

Two of the sport’s most iconic venues have become untouchable, at least for as long as his name remains above the door. The ‘Blue Monster’ course at Miami’s Doral Resort, which Trump bought in 2012, was home to a PGA Tour event for more than 50 years until the toxicity of his 2016 presidential campaign forced the Tour to relocate the tournament to Mexico City. Turnberry, on Scotland’s Ayrshire coast, is one of the finest venues on the Open Championship rota and has produced some of the most memorable finishes of the last 40-odd years. But the Open has stayed away since he bought it in 2014, and will likely do so for as long as he keeps it out of reach of the bailiffs.

Other major championships have felt his caress and withered. The 2017 U.S. Women’s Open, held at Trump National in Bedminster, New Jersey, was a painful spectacle as most players tried to ignore the groping elephant in the room. His Bedminster course is scheduled to host the 2022 PGA Championship …

Stop! It’s too much! The schadenfreude is squeezing out of my pores like the Play-Doh in a Fun Factory!

People are abandoning Trump faster than Trump dumps his wives.

Trump loses the presidency, his reputation (such as it was), his Twitter account, and a prized golf tournament all in the span of a couple of months.

Maybe there is a god—and, perhaps, She has a sense of humor after all. 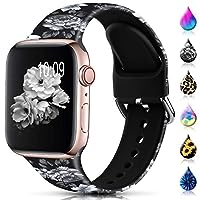