Pfizer said today it will have 200 million doses of its Covid-19 vaccine by the end of May instead of July 31 as had been previously stated. About 20 million doses of the Pfizer/BioNTech vaccine had been delivered by January 31. The vaccine was the first one given emergency approval by the FDA. The Center for Disease Control reports over 52 million total doses delivered as of today by Pfizer or Moderna, the other approved vaccine provider.

Pfizer said it expects to deliver 200 million doses of its Covid-19 vaccine to the United States by the end of May, according to slides published for its fourth-quarter 2020 earnings teleconference on Tuesday.

The company was originally slated to deliver the 200 million doses by July 31, but Pfizer CEO Albert Bourla said last week he expected the company’s production to be ahead of schedule by two months.

The 200 million doses will be enough to cover almost one third of the US population since it requires two doses. However, it is not that simple since the two vaccines are not yet approved for children.

Meanwhile, Moderna is considering asking permission from the FDA to increase the number of doses in each of its phials from 10 doses to 15 doses. One of the bottlenecks in producing its vaccine is bottling and labeling each phial.  Including more doses per bottle could help alleviate the problem and get more doses out more quickly.

The number of reported vaccinations has slowed in the last couple of days, though it was running at 1.3 million a day last week. Whether this is due to slow reporting, shortage of doses, bad weather, or some other factor is not stated by the CDC.

(States have 72 hours to report vaccine data, so data published by the CDC may be delayed – and may not necessarily mean all doses were given on the day reported.)
The Biden Covid team says that number of available doses will increase 20% next week and one million doses will be supplied to pharmacies to expedite actual shots in the arm.

www.cnn.com/…
White House Covid-19 response coordinator Jeff Zients announced the federal government would deliver an extra 10.5 million doses of Covid-19 vaccine in the coming weeks – a 20% increase – plus an additional one million doses directly to pharmacies.

The Sputnik and AstraZenca vaccines have been shown to be effective, and though they may not be used in the US any time soon they should help quell the raging pandemic in the parts of the world where they are being administered. It is critical that all parts of the world should be vaccinated to end the likelihood of mutations in the virus that could defeat any of the vaccines being used.

The (Russian produced) vaccine was well-tolerated and worked in the elderly as well, according to the peer-reviewed findings, which were published Tuesday in the medical journal The Lancet. Sputnik V showed efficacy of 91.6%, validating claims by the developers last year.

The findings buoy the vaccine’s credibility after it faced accusations of being rushed to market before critical scientific data was available. Sputnik V is approved for use in 16 countries, from Argentina to Iran

(AstraZeneca British/Swedish) Vaccine efficacy rose from 55% with a dosing interval of less than six weeks to 82% when spaced 12 or more weeks apart, according to new data. The analysis also found the shot showed 76% protection after the first of two injections. That level of immunity was achieved from 22 days after the first shot.

The AstraZeneca vaccine had shown an average of 70% protection in earlier results of broad clinical trials. Those results came from two subsets, one of which delivered 62% effectiveness, the other 90%, with different dosing levels in the two groups. When the U.K. approved the vaccine in December, regulators signaled that they thought the discrepancy was more likely linked to the interval between shots than the dosing level. 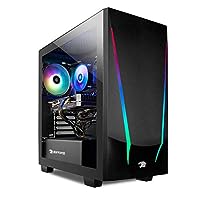