The apologists for Donald Trump scattered furiously to defend him after the January 6th attack on Congress by the Trump Insurrectionists. Some said that he didn't overtly incite the riots by telling his cult followers to engage in violence. Others said the rioters were actually Antifa provocateurs disguised as MAGAts. Both of those excuses have been thoroughly contradicted by the facts.

On Sunday morning there was a new justification offered to explain Trump's responsibility for the assault that resulted in at least five deaths and many more injured. Not to mention the stain on American democracy by people who hate the very thought of it. Marc Short, the former chief of staff to Mike Pence, was interviewed on CNN and asked about Trump's inflammatory behavior that led to the riots. He replied that…

“I think, unfortunately, the President was getting bad advice from people who had articulated that the Vice-President would have some sort of extraordinary powers that had never been used before in the history of our country during Electoral College meetings and certifications by Congress. So that's what we were heading into on the 6th [of January]. But I think that the  Vice-President knows he swore an oath to the Constitution and was gonna fulfill that.”

“When you say the President was getting bad advice it sounds though like you’re trying to take responsibility away from the President” pic.twitter.com/d0rBcoHcP3— Acyn (@Acyn) February 21, 2021

This answer serves a dual purpose. First, it's an attempt on Short's part to absolve his former boss and Trumpy lapdog, Pence, of any liability. But more significantly, Short is trying to place the blame for Trump's months-long incendiary and seditious rabble-rousing on unnamed “advisers” leading Trump astray.

The problem with this weaselly strategy is that it ends up holding no one accountable. But even worse,  it implies that Trump is so stupid that he took advice that was legally preposterous and manifestly unconstitutional. Trump's stupidity will not come as a shock to anyone. But the fact that Pence's top aide is proposing it to vindicate Trump reveals that the Trump contingent has run out of plausible excuses.

In the meantime, Another Trump flunky, Republican minority whip Steve Scalise, continues to perpetuate the Big Lie that sparked the Trump Insurrection in the first place. After all the time that has passed – and the evidence that has been revealed – Scalise still can't say without qualification that Joe Biden was elected legitimately. This is the sort of dangerous rhetoric that will fuel the next series of riots. 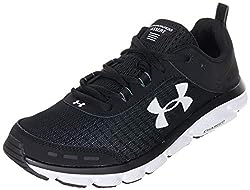