Received this e-mail today from the Progressives Change Campaign Committee:

Today, we’re announcing the newest members of our Champions List! These 24 candidates are running for state and local elections across the country, and deserve our support. These are leaders who will champion priorities like expanding health care, making college debt-free, and creating good-paying, union jobs, and ending the epidemic of gun violence.

We’re building progressive power up and down the ballot, electing more and more strong grassroots leaders to office.

Can you help elect awesome state and local progressives up and down the ballot by making a donation today? Click here to chip in whatever you can.

LILIANA BAIMAN: Liliana Baiman is an immigrant and union organizer, running for city council in Columbus, Ohio. She calls for every person to have one (and only one!) good job — with higher wages, paid leave, and universal childcare — so they can spend more time with their families and live a better life. She’s also a fierce advocate for affordable housing and campaign finance reform. Donate to help elect Liliana.

SALLY HUDSON: Sally Hudson, a teacher, economist, and community organizer, is running for the Virginia House of Delegates. She’s an election reform activist, and a grassroots Indivisible leader. She’s also smart — she has a PhD in economics from MIT — and studies workforce development and student debt. Donate to help elect Sally.

CHRISTINE CLARKE: Christine Clarke is running for a historically red New Jersey state assembly seat — and doing it with a call for cutting emissions and moving to renewable energy by 2030. She makes the argument that the climate crisis hurts our economy, threatens our water and food, and floods our communities. It’s a model of how to talk about climate on the campaign trail. Donate to help elect Christine.

See the full list here, and chip in whatever you can. In a local or state race, even $10 makes a huge difference to a race.

We got to know most of these candidates through our training program, and many also use our technology to manage their campaign operations. We’re proud to support them with the resources they need in order to run a strong, organized campaign.

It probably goes without saying, but each one of these Champions pledged to fight corporate money…that means that their success will depend on their ability to bring in small, grassroots donations.

Today, can you chip in some amount that is meaningful to you and help candidates like Liliana, Sally, and Christine kick-off their campaigns with strength?

Click the links above to donate to these Progressive Democrats campaigns. 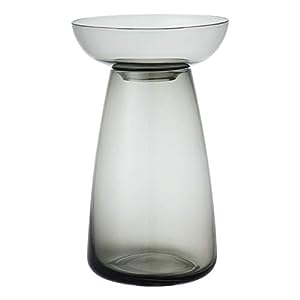