If Donald Trump was a Marvel character, his name might be something like “DeceptiCon.” That is, the never-before-seen frequency and magnitude of Trump’s lies combine to create a Cloak of Confusion, a black hole-like force from which the truth seemingly cannot escape. Defying the laws of physics and logic, he was after all a Schrödinger’s Candidate, often for and against the same thing at the same time. And now as the Heisenberg Uncertainty President, it is virtually impossible to ever simultaneously know what Trump would believe, say, and do on any issue. Most insidious of all, DeceptiCon has produced learned helplessness in almost all who observe him, especially among members of the media. Slowly but surely, the search for objective truth is abandoned as Trump’s unceasing torrent of frauds, falsehoods, and fictions is gradually accepted as routine, normal, and even entertaining.

This process was essentially complete well before Election Day in November 2016. On August 18, 2016, Trump relaunched his campaign under the guidance of Kellyanne Conway and Steve Bannon. In what was billed as a major address in Charlotte, North Carolina, Republican nominee Trump pledged:

“One thing I can promise you is this: I will always tell you the truth.”

Of course, his meta vow wasn’t true. Not even close. A quick check of Politifact on August 19, 2016 revealed that Donald Trump always told the truth only about 30 percent of time. Of 223 statements evaluated by Politifact, a staggering 157 of them (70 percent), were rated as “Mostly False,” “False,” or “Pants on Fire.” Almost two years later, that ratio (377 of 553 statements, or 68 percent) still holds. Robert Mann’s 2016 conclusion that Donald Trump lied far and away more than other major party candidate in recent history has only been confirmed since. As the New York Times documented in December 2017, “In his first 10 months, Trump told nearly six times as many falsehoods as Obama did during his entire presidency.” All told, the Washington Post Factchecker reported on May 1, “President Trump has made 3,001 false or misleading claims so far.”

Nevertheless, this man became president of the United States. He holds the office still. Back on September 5, 2016—just days after it was revealed that Trump had engaged in a pay-to-play scheme with Florida Attorney General Pam Bondi to halt an investigation into Trump University there—Paul Waldman presciently summed up the dynamic that would make Trump’s path to the Oval Office possible:

It’s not that there isn’t plenty of negative coverage of Trump, because of course there is, but it’s focused mostly on the crazy things he says on any given day…

That’s important, because we may have reached a point where the frames around the candidates are locked in: Trump is supposedly the crazy/bigoted one, and Clinton is supposedly the corrupt one. Once we decide that those are the appropriate lenses through which the two candidates are to be viewed, it shapes the decisions the media make every day about which stories are important to pursue.

Not just which stories are important to pursue, but how. As a look back at the coverage of the Clinton Foundation shows, that dangerous dynamic is still at work. But with the latest revelations from the Michael Cohen/Stormy Daniels sagas, hopefully not for much longer. 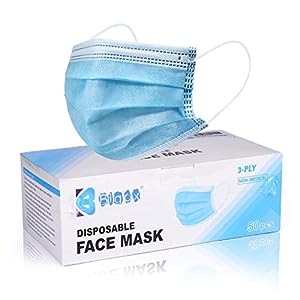