On a recent Politics Done Right show, one of the listeners thought that the Wall Street Bets subreddit members might be the ultimate losers in the GameStop short. A few may. But the reality is that the hedge funds have already suffered billions in deserved losses.

But I reminded our listener that many of these guys are activists. Getting a return is the icing on the cake. They do not mind if they collectively pool their money for a cause. And then he added the moral imperative.

“I’m a pastor, and Jesus tells a story about this rich fool who has an overabundant harvest that’s more than he can store,” the pastor said. “And rather than give the excess to those in need, he chooses to build bigger and bigger barns to store it for himself. And God says to him in the end; you know this very night your life will be demanded from you and who will get what you’ve prepared for yourself. And so since 2008, it feels like Wall Street has had an overabundant harvest financed by public money, and rather than share the billions with the less fortunate, they’ve built bigger and bigger barns for themselves. And so yeah, I was 100% there was a part of me that thought, ‘Well, it will be fun to be a part of this moment to see this moment where at some level overnight these investors are losing their investing lives. It’s being demanded from them.’ And they’re left wondering what they get what who’s going to get what they had prepared for themselves.”

The pastor reveals his inner activism. He points out he did not mind losing his small investment.

“We’re confident that we’re relatively safe going forward, but at the same time, we’re not going to invest more than we feel like we’re comfortable losing,” the pastor said. “I mean, this all started with 35 dollars for us. So we’re not talking about a huge risk. And when you put that up against the fact that the people that are doing this; the people that are betting on GameStop, as some people have put it. They’re people with story after story of uh losing their family losing their homes in 2008. They’re watching their parents’ retirement disappear of feeling like the people that were supposed to protect us are asleep at the wheel, and so when you think about it in those terms, 35 bucks seems well worth it.” 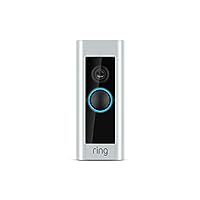