Stranger and stranger, as Donald Trump Jr. thinks he doesn’t need a pardon.

Parler is back up, and being hosted by “DDOS GUARD” out of Russia. If that's not an obvious sign of its malfeasance, there's nothing else that could possibly be shown to convince you. pic.twitter.com/FkScxQdCoK— Dave Temkin (@dtemkin) January 18, 2021

Parler is back online now by routing 100% of its user traffic through servers located within the Russian Federation.

Raise your hand if you understand the very significant impact this has on the ability to surveil and target insurrectionists who organize on Parler.

Wired article this weekend says their DNS is now pointed at Epik addresses, confirmed with a whois query.

An anagram for Lindsey Graham is Girly Headsman.

Lin Wood pandering to the QAnon community. The number 17 is significant to them because Q is the 17th letter of the alphabet. pic.twitter.com/EnfKzGmC14

Other staffers attempted to excuse or dismiss the severity of the MAGA mob and Trump‘s role in encouraging their violent actions https://t.co/IVLQJHT2Zi

Many of those to whom he has shown presidential mercy have not even filed applications with the Justice Department and violate rules the department normally imposes as preconditions for clemency, which include that people generally first acknowledge their crimes and show remorse.
Even when Trump has granted clemency to people who are not themselves politically connected, they have often come to his attention via a handful of his favored voices in the field of criminal justice reform.
For instance, a number of ordinary people granted clemency have been recommended to the president by Alice Johnson, whose own prison sentence after a drug conviction was commuted by Trump in 2018 following lobbying by the celebrity Kim Kardashian. Johnson later received a full pardon after speaking at the 2020 Republican National Convention.

The list includes L'il Wayne, who Kushner is said to have pushed for, but does not include Trump family members, Steve Bannon, Rudy Giuliani or Trump himself (this could all change but isn't likely to) https://t.co/fATBIVzwJh

On Trump/Wednesday, @PeterAlexander: “(A) farewell ceremony to take place at Joint Base Andrews this Wednesday, Inauguration Day, about 8:00 in the morning, just four hours before Joe Biden is to be sworn in as president…” (1/3) #AMRstaff 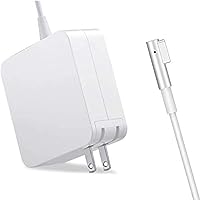