Biden: “We both know tensions are high. They can be high after a tough election…But remember, we have to remain calm, patient. Let the process work out as we count all the votes…your vote will be counted. I do not care how hard people try to stop it. I will not let it happen” pic.twitter.com/6PB1o7Jehr

At the moment it does seem that Trump will pardon any Trumper who helped him between 2017 and 2020, as well as some other criminals who could further Trump’s commercial interests. Trump would then resign close to the inaugural so Pence could pardon him.

Verging victory from unhingery, AP might have called the election in time for the evening Biden-Harris speech, but evidently not.

Did the AP Elections API just call the election? The Election Night Integrity Project put PA in Biden's bracket and their site looks like this:https://t.co/bMvGNqLrQ6 pic.twitter.com/C0mcwMmIEk

At this point, the decision desks at @CNN and @MSNBC look like they are just lying if they say they are following some statistical formula. They don’t appear to be with Nevada. It looks more like a policy decision. Why? I don’t know. Is it for ratings? Fear of Trump? https://t.co/uhqvzneR9i

Trump had initial leads because states hadn’t counted many of their votes, and then the leads disappeared because the states counted more votes. pic.twitter.com/lsJcXrNO6o

Trump's tweet is nonsensical. Joe Biden won't be 'claiming' the presidency if he gets over 270 electoral votes, he will have been duly elected by the American people.

CNN reports that Trump has been asking why his legal team, led by Giuliani and Pam Bondi, doesn't seem more put together.

Has anyone checked in with Manhattan District Attorney Vance or New York Attorney General James: apparently a criminal family notorious for tax fraud & money laundering will lose their federal protection on January 20, 2021.

Should @realDonaldTrump and his administration be investigated for corruption and abuses of power; or should America simply “move on”? @Princeton's Jan-Werner Mueller suggests a middle way. https://t.co/eY9kK5nuYn

First, no, this isn’t a dictatorship.

Second, you would still lose. https://t.co/liQkTDIsI2

Notice the armed protesters outside an election center. Intimidating. How are staff supposed to go home? Will police need to slip them out the back? I can’t think of another country where this would be allowed. https://t.co/lbYPEJlnrS

“The researchers identified a strong statistical correlation between state polls that underestimated Mr. Trump’s chances and a higher-than-average volume of QAnon activity in those states, including Wisconsin, Michigan and Ohio.” https://t.co/ARjrzRBD1o

At an event that was organized on a Facebook page started by a far-right pro-Trump PAC and promoted on a site registered by a company owned by repeat grifter Ali Alexander. Oh yeah, and Stop the Steal was the name of Roger Stone’s PAC https://t.co/ZE1yjvSn1u

“Make no mistake: The attempt to harness Trumpism — without Trump, but with calculated, refined, and smarter political talent — is coming. And it won’t be easy to make the next Trumpist a one-term president.”#OneTermTrumphttps://t.co/On8KQ3TEuH

Parscale has bragged that the things he knows could destroy everyone around him. https://t.co/IuQRdCWqjD

President Putin is expected to gain lifelong immunity from prosecution for any alleged crimes committed before, during and after his time in office under a proposed law to be discussed by Russia’s rubber-stamp parliament.https://t.co/yduQAbz07T

The Trump administration in the past 2 days has abruptly dumped the leaders of 3 agencies that oversee the nuclear weapons stockpile, electricity and natural gas regulation, and overseas aid.https://t.co/Wabk4J45ZO 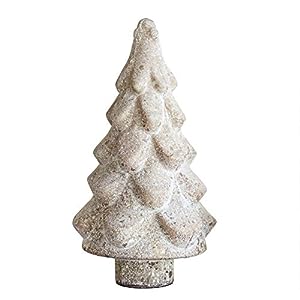