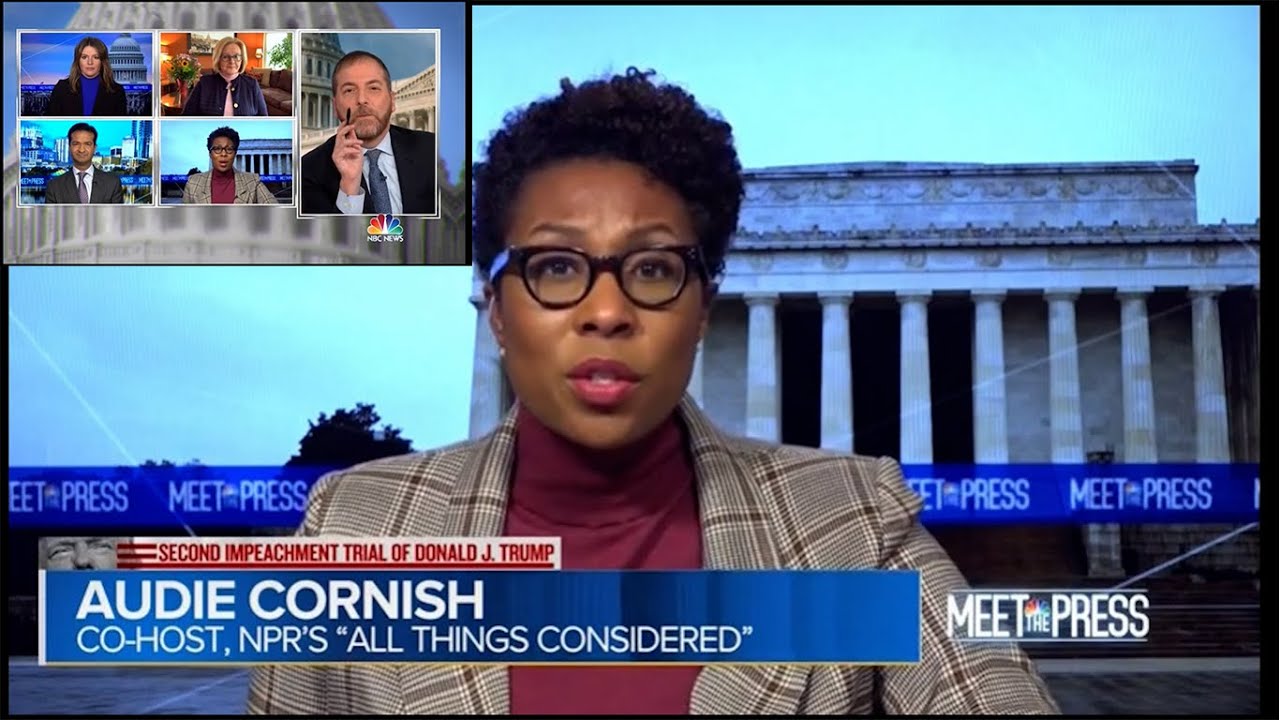 Panelist Audie Cornish in her NPR-style pushed back when Chuck Todd seemed to create collective blame for future insurrections.

Americans are not used to real instability. They have never had a President like Donald Trump, one without morality, self-reflection, humanity, and intellect. He is a narcissist who captured the minds of enough people giving him clout above his throwing weight.

The media has a responsibility to prevent misinformation, lies, and false equivalencies, the fascist and narcissist’s food. That is why one should be happy with the type of interchange in the clip in this post.

“Audie, big picture though,” Chuck Todd said. “Did we give a permission slip to our politics to be more violent by not holding anybody accountable for these actions yet?”

That simple question is a dangerous one. It shifts the blame of future insurrections on us instead of on Trump’s indoctrinated few. It is an unnecessary acceptance of collective guilt. Cornish made sure to take the thought out of the psyche.

“I’m not entirely sure,” Audrie Cornish said. “Who you mean by, we.”

Chuck Todd backtracked into some specificity. He agreed that in the aggregate, the Republican Party is to blame. And She continued.

“You know, so far, essentially, the only people who have sanctioned Trump in any way is Silicon Valley,” Cornish said. “… This conversation isn’t over. But I think it sounds like on this panel; I am the person who is a little more pessimistic about what this means going forward for the Republican Party. I did not see some opening to the door of a grand revitalization or some change or Trump saying goodbye. What I see is a party that is clearly still in its thrall. Lawmakers who are still fearful of him. And what that means going forward is quite serious.”

This was, in fact, subtle. But subtle inferencing can be more damaging because it changes minds slowly and incrementally but more permanently.