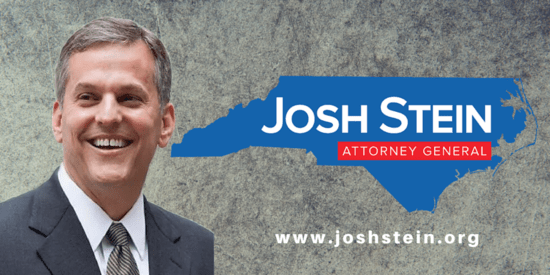 Josh Shapiro and Josh Stein are the only two Democratic attorneys general elected in states, Pennsylvania and North Carolina, respectively, that voted in 2016 for Donald Trump.

But they've got a lot more in common than a shared first name. Both have been hard at work in critical swing states, making progress on everything from combating the opioid epidemic to preserving our clean air and pure water to protecting voting rights.

But with so much accomplished, both Joshes have become the two biggest Republican targets going into 2020.

Josh and Josh are doing work that is critical, but they need our help to keep it up beyond 2020. Chip in today and your support will be split to help re-elect Josh and Josh.

Click here to donate to both Josh’s re-election campaigns.