Received this e-mail today from the Pennsylvania Democratic Party:

Two days after promising a special session to address police brutality and racial injustice, Speaker Turzai announced today that he'll leave office on June 15th. He did not say whether his pledge to allow votes on police reform will be fulfilled.

And just like that, Pennsylvanians' hard-earned progress towards equal justice is thrown into doubt by unreliable, self-centered GOP leadership.

The only way to guarantee progress is by flipping Harrisburg to give Democrats the gavel! Chip in $20.20 today to help Dems win nine PA House and four PA Senate seats.

Undoubtedly, PA House Republicans will replace Turzai with a leader just as craven and beholden to corporate interests.

Keeping men like Mike Turzai from setting the agenda in our legislature is why we need to flip Harrisburg in November.

Together, let's make sure every PA voter knows the opportunity at hand in legislative races this year. Please donate to power organizing, outreach, and advertising to flip the statehouse!

Click here to donate to the Pennsylvania Democratic Party. 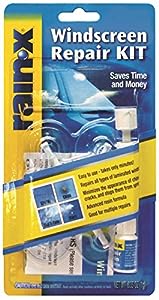