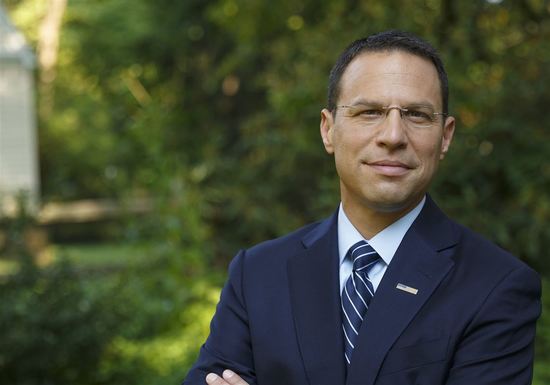 This morning, my friend, Pennsylvania Attorney General Josh Shapiro, announced he's running for re-election — and I'm proud to offer him my endorsement.

Over the last three years, Josh has been a fierce advocate for Pennsylvanians. He's taken on big pharmaceutical companies, stood up for survivors of sexual abuse, rooted out corruption, fought for criminal justice reform, and worked to get illegal guns off of our streets.

Josh has taken on some tough challenges and won big victories in just one term, but now he needs our help to keep the fight going.

Will you chip in $13 to help Pennsylvania Attorney General Josh Shapiro kick off his re-election campaign? Help us reach our $10,000 goal by midnight, and make sure Josh has the resources to keep fighting for justice in Pennsylvania.

There’s a reason people refer to Josh as “The People's AG.” He will take on anyone who infringes on the rights or well-being of the citizens of our Commonwealth, without fear or favor.

As he said earlier today, “Our Attorney General must be an advocate who will uphold the rule of law, especially when institutions are exploiting their power at the expense of everyday people.” Josh Shapiro is the Attorney General we need now.

Yet even as you read this, powerful interests and President Trump's allies are putting together a plan to stop Josh from winning re-election. They want an Attorney General who will serve their interests — not yours.

Make sure Josh Shapiro has the resources to continue taking on the special interests and fighting for us. Chip in now.

(86038)
$0.00 (as of May 18, 2022 03:25 GMT -04:00 - More infoProduct prices and availability are accurate as of the date/time indicated and are subject to change. Any price and availability information displayed on [relevant Amazon Site(s), as applicable] at the time of purchase will apply to the purchase of this product.)