Mr. President, crooked Covid, little-19, low energy corona, and fake-virus will not solve the problem.  Donald Trump has met a problem he cannot solve with a convenient lie or a disparaging tweet.  In desperation, he waived his tweeting obsession long enough to publicly call Washington state Governor Jay Inslee a “snake” in the middle of a crisis. Prior to that, it was blaming Democrats for the stock market price drop and the predictable finger-pointing at Barack Obama.  The playbook is empty and real leadership is the only answer and we have a President incapable of rising to the occasion. In Monday’s timeline, at 6:48 pm Mr. Trump promised a detailed plan, available to the public by Tuesday. The [air-quoted] plan to relieve the fears and angst of workers who may go without paychecks if they are forced to stay home, came and went—without the promised details.

So, Trump enthusiasts, sycophants, die-hards and Fox News are scrambling to find ways to support the unsupportable.  Their first attempt was downplaying the rising spread categorizing it as a liberal media panic attempt. On Fox News last Friday, Dr. Drew Pinsky told viewers that the media has gone to “ great lengths” to keep fear alive. Pinsky went on to say, “Let the professionals whose job it is to contain pandemic do their job,” the obvious satirical irony is startling.  We have a President whose qualifications to speak are, in his own words, the fact that he had an uncle who graduated MIT who he describes as a super-genius.  Mr. Trump is gauging the effects of the coronavirus on the public against his re-election chances, and because he has made constant misstatements borne of ignorance, he is becoming as big a danger to society as the virus.

This fascination with hyperbole the Republicans have glommed onto, which mainly consist of a President who was more famous for movie references than substance, is disturbing. Maybe like Ronald Reagan, we can borrow a line from Clint Eastwood, who the former President loved to quote, “man’s got to know his limitations.”  In this case, Mr. Trump is out of his depth, and for a man so encased by the cocoon of his own ego, he would rather apologize than say, I do not know. What is quickly becoming a daily ritual, in the place of White House press briefings, VP Mike Pence will step before a microphone, heap praise on his boss, then repeat a questionable litany of information.  The word credibility and its importance have been thrown around since Mr. Trump took office, and now it has come home to roost.

We need to believe what is coming out of the White House, we need to have our fears allayed by the truth.  Telling hardworking people who do not have the option of staying home and work in front of a computer screen, because they rivet and turn screws to keep America tight, deserve better.

Memories are in short supply in this country. When we finally take charge of our fates and are able to get ahead of the current health scare, the libelous tweets will start again.  We are getting a real look at a President under crisis and he is failing miserably. Mr. Trump will be in his comfort zone soon, tweeting out insults and name-calling like an 8-year-old when the campaign season starts. I hope America remembers that when the opportunity for governance arrived his tweets were not the truth they were the demonstration of failed leadership. 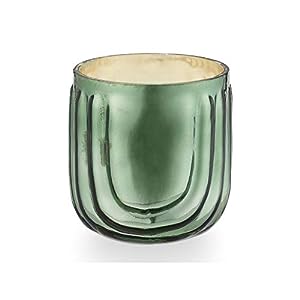