Few “Democratic” House members disappoint me more than Georgia Congressman David Scott. Compromising on certain positions is one thing if you are in a solidly red district, but he represents the majority-minority 13th District, which includes portions of Cobb, Douglas, Fulton, Fayette, Clayton, and Henry counties. This is about as solid blue as you can get. The district went for Obama with almost 70% of the vote and went larger for Hillary Clinton with a lopsided 71-26 margin.

If you didn’t know David Scott was a Democrat, you couldn’t tell by his actions. He was one of five House Democrats to vote for the US to continue giving military aid to Saudi Arabia to support their massacres in Yemen. He strongly opposed the Iranian nuclear deal in opposition to his party members.

Although this district was devastated by the 2008 recession and is preyed upon by payday loan sharks, Mr. Scott stood shoulder-to-shoulder with the GOP to undermine regulations to rein in predatory payday lenders. He voted to roll back portions of Dodd-Frank.  He ignored the pleas of the NAACP, the National Urban League, and other civil rights groups and voted in favor of legislation that allowed auto dealers to charge higher interest rates to people of color.

In 2016, he actually endorsed Republican Sen. Johnny Isakson‘s bid for re-election. For Mia Love, he not only endorsed her but donated $1,000 to her campaign to help her defeat the Democratic challenger in a very competitive district. (Mia would eventually lose in 2018.) Both Isakson and Love spent two years in office dutifully supporting every single Trump travesty.

You could argue, I suppose, that there’s some hidden principle at play here. That would be problematic.  You see, the citizen watchdog group Citizens for Responsibility and Ethics in Washington (CREW) once named Scott one of the most corrupt members of Congress. The list “documents the egregious, unethical and possibly illegal activities of the most tainted members of Congress”, so I don’t think the term “principled” can be applied to someone like Scott.

To be blunt, David Scott needs to go.

Thankfully, the district has it’s top primary choice in Michael Owens. Owens tried and failed to win this seat in 2014, but a lot has changed. The district was redder, and it was a GOP wave year. Owens, for his part, has turned into a superstar. He took the reins of the Cobb County Democratic Party, which at the time was considered something of a lost cause. They had suffered numerous failures, and many had written off the district as hopelessly red.

Michael Owens, however, had a vision:

Since taking over as chair, Owens has been able to cross all those items off his to-do list.

Georgia is one of the most vulnerable states for hacked elections. Michael Owens is a Harvard-educated, certified expert on cybersecurity.  He is currently president and CEO of the U.S. Global Center of Cyber Policy, which is a non-government organization providing Federal, State and Local governments with expertise on cyber warfare strategies and policies.

Owens is everything Scott isn’t:

Owens is also the number one focal point for the failure of the  Democratic Congressional Campaign Committee’s new, ridiculous policy that stifles top challengers to bad incumbents. The DCCC announced this year that they will blacklist any consulting firm that works with any primary challenger.

Owens is essentially on his own….unless we get behind him.

The primary is one year from today: May 19, 2020.  In this blue district, the primary IS the election. I know it seems like there is a lot of time, but Mr. Scott already has quite a hefty sum built up in the bank.  Owens just announced. If he has a shot at this, he needs help starting right now.

We don’t just need more Democrats in Congress, we need better ones. 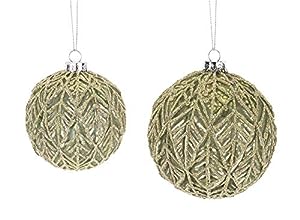