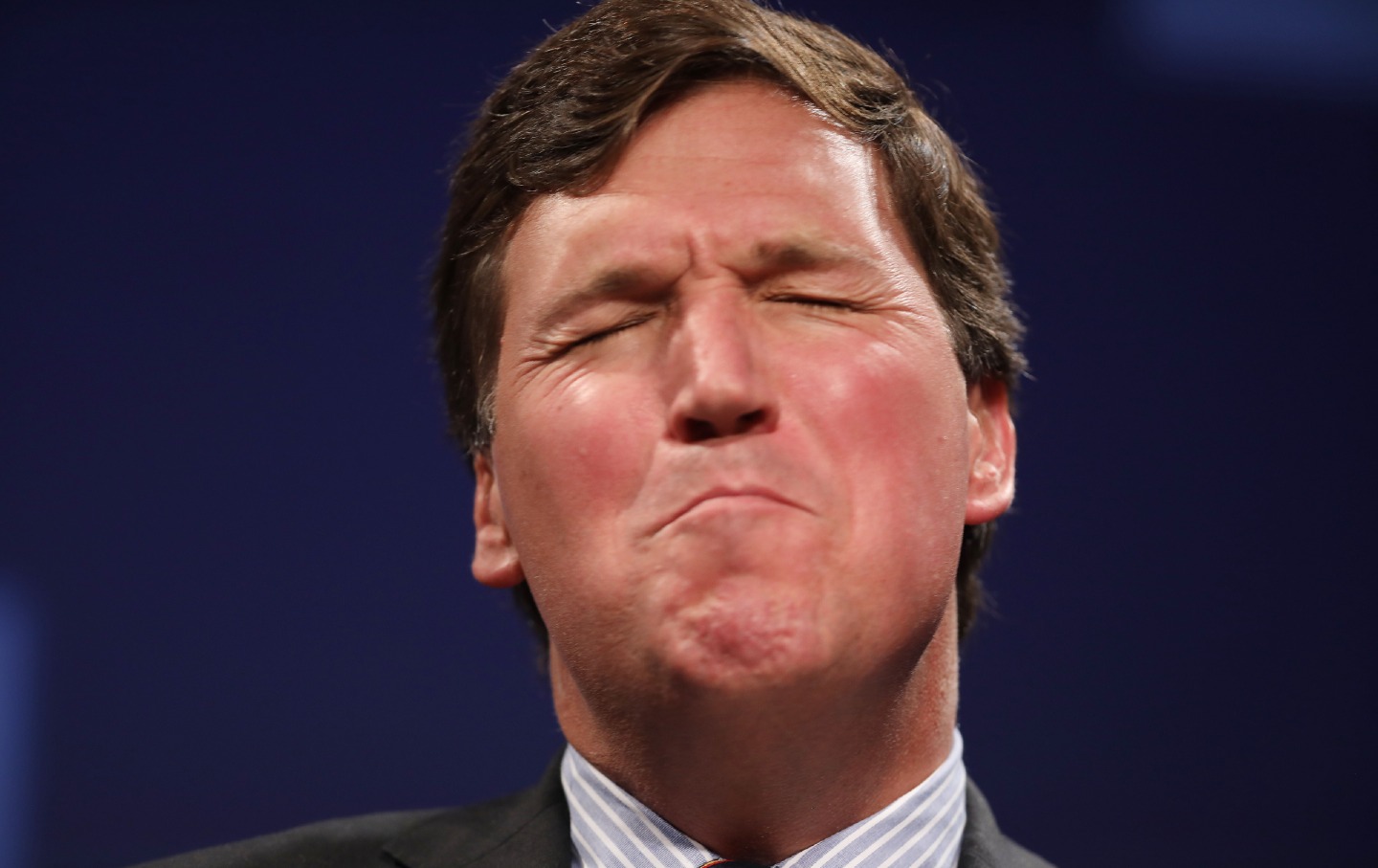 Tucker Carlson tried softening the ground for right-wing acceptance of Russia’s invasion into Ukraine months ago. Carlson televised a week’s worth of show’s from Budapest, Hungary, praising right-wing autocratic President Viktor Orbán. Pay attention “If you care about Western civilization, and democracy, and family — and the ferocious assault on all three of those things by leaders of our global institutions,” Carlson told his viewers. Carlson also brought a guest into his log cabin streaming program to extol the faux science of racial superiority.

The day after day images of children in tears, bombs falling, and old ladies being led away to Russian gulags have galvanized the world against Putin and Fox News. Carlson miscalculated America’s appetite and taste for cruelty in pursuit of a homogenous society of white Christians, sans diversity. Carlson needed to change the subject quickly, so he fell back on his racist haunches to hold up his weak spine. He stuck his moistened finger in the air, realized his pro-Putin stance was an ill wind, and found a black woman to attack, Ketanji Brown Jackson.

What better for Mr. Carlson and his audience than Judge Jackson. She comes with all the built-in memes; a public defender of victims’ rights, civil rights, female, and black. Republican politicians tried the traditional route; questioning her bona fides, accusing President Biden of bowing to liberals, and finally raising a finger of affirmative action. Carlson needed more than the failed attempts at disparaging Judge Jackson, and he needed a headline getter to distract from the growing recognition of his affinity for fascists. Much like the GOP had asked former President Obama for written verification for years, Tucker asked Ketanji Brown Jackson for her papers. The papers, in this case, are a public display of her LSAT scores. Yes, Tucker wants her to prostrate before the public, justifying that she deserved the opportunity to assemble her impressive resume.

Unfortunately, Tucker Carlson is not alone in twisting the accomplishments of black candidates by ignoring the historical truth of racial discrimination. Mr. Carlson cannot attack her career, so he dismisses them as a gift of a racial fluke. Lawyer, and author of The Thinker’s Thesaurus, Peter Meltzer, bends this illogical conclusion this way. “The point is that so long as there are diktats in this country year after year, from every power base in our society, that we need to advance more minorities in this country at every stage of life simply because of the color of their skin, one always has to wonder about the extent to which and of their advancements in life are merit-based, and that is the silent price we all pay for affirmative action.”

Judge Jackson is a sterling example of an American success story by any measure. Judge Jackson is a graduate of Harvard Law School; she clerked for the man she is set to replace[Justice Stephen Breyer] and currently serves on the court renowned as the proofing grounds for the Supreme Court, the D.C. Circuit Court. What is minimized in discussions like the ones surrounding Judge Jackson’s qualifications are the years of denial of advancements for minorities because of skin color. Carlson’s problem is not confined to Ketanji Brown Jackson being a black woman. The fact that she is a qualified black woman presents a bigger problem.