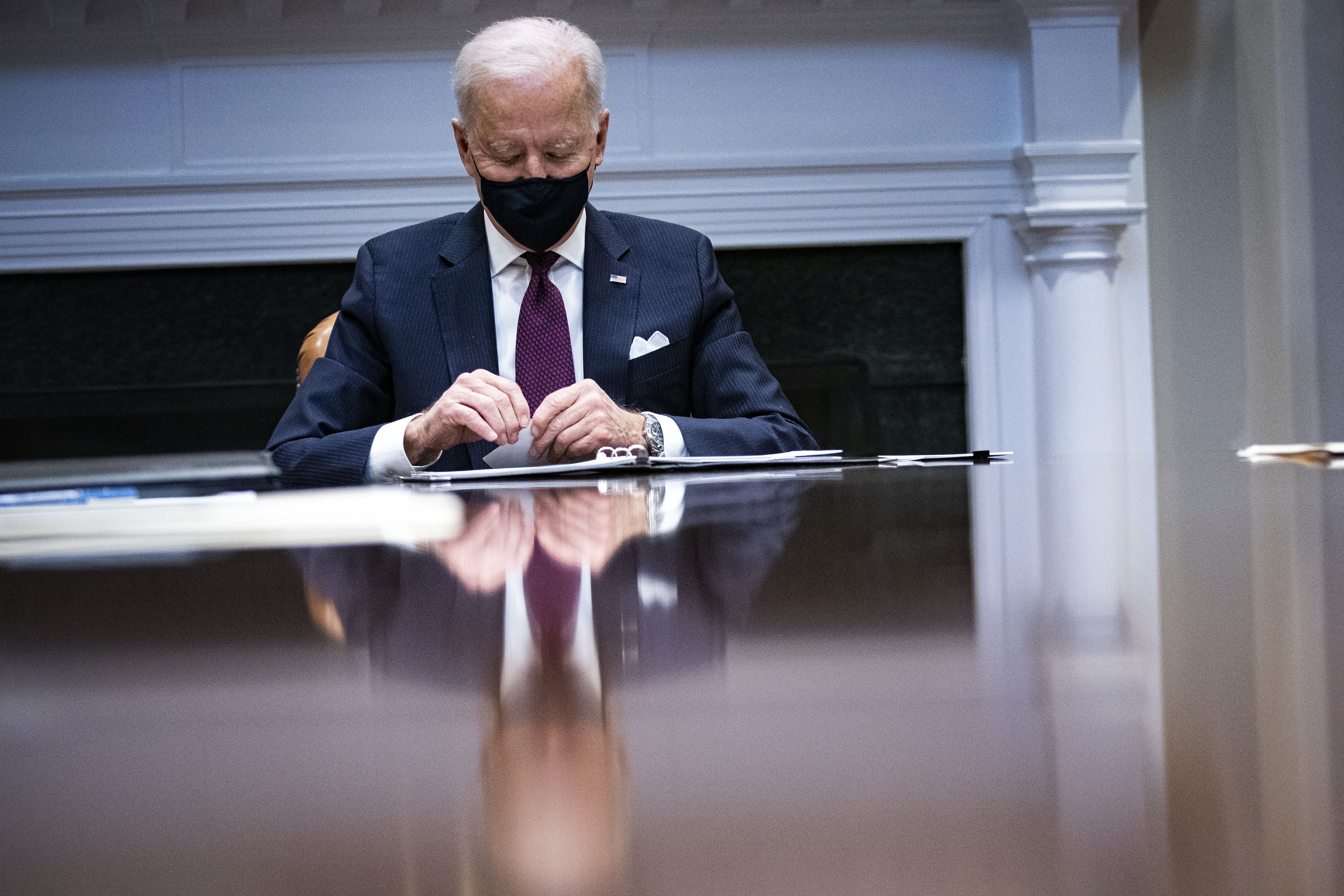 President Joe Biden delivered the State of the Union Address last night, and the GOP performed human-pet tricks. The popping up and down like a Whack-A-Mole game may be great exercise for the knees but is more distracting to the rhythm of a speech than helpful. Republicans turned away from Mr. Biden whenever a camera was near, checked their cell phones, and made sure to mumble disapproval for their viewer base. Of course, there was the usual feigned GOP disinterest in what Mr. Biden had to say. When the camera zeroed in on Senate Minority leader Mitch McConnell, he appeared to have chosen unwisely and sipped from the wrong chalice. Reps. Lauren Boebert and Marjorie Taylor Greene decided to channel screaming Little League moms when the ump called a third strike on junior.

Whether because Ukraine necessitated editing of his original speech or, my guess, his persistent attempts to reach out to the GOP, President Biden avoided any references to January 6th or GOP supporters of Putin and Russia. Instead, he praised bipartisanship, providing a backdrop of thunderous applause from both sides of the aisle. In times of crisis, a strong sense of unity is necessary for the country’s consumption. I am as guilty as others being distracted by the performative actions of politicians, but the President proposed substantive measures.

First is a sort of morning-after pill for Covid-19. Biden mapped out a plan to immediately administer a drug—for free, at your local drugstore for anyone testing positive for the Coronavirus. He made sure to redefine the misapplied phrase ‘Defund the Police’ and give it an unceremonious burial. “We should all agree: The answer is not to defund the police,” Biden said. “The answer is to fund the police with the resources and training they need to protect our communities.” He touted the 200 billion dollars of investment in semiconductors, electric cars, and battery power manufactured in America. Even as conservatives fight inevitability, Mr. Biden tries to take them along, kicking and screaming into the future. Maybe a warning, like the debate moderator gives audiences, should be read before every State of the Union.

Mr. Biden reminds me, a lot, of former President Jimmy Carter, a man too decent for the job. Certainly more savvy and much more a professional politician but at the same time displaying the same naivety at the beginning of his entrance into politics, when decency was not a unicorn. The night would not be completed without the official Republican response. The SOTU response road is usually covered in spikes for both parties. This year it was given by Iowa Governor Kim Reynolds. I give her credit for not creepily entering the frame like former Gov. Bobby Jindal or Senator Marco Rubio reaching feverishly for a bottle of water to relieve his cotton-mouth. She was homespun, assured, and confident in her misinformation and downright lies.

She represents a party that voted against tax cuts for the working class but favored cuts for Republican elites—deciding who can vote or is allowed gender equity. Her party is pushing for book bans all over the country. So, when Gov. Reynolds said, “Americans are tired of a political class trying to remake this country into a place where an elite few tell everyone else what they can and cannot say. [Or]What they can and cannot believe.” The cake she wants us to eat is stale.

(43136)
$0.00 (as of May 19, 2022 23:29 GMT -04:00 - More infoProduct prices and availability are accurate as of the date/time indicated and are subject to change. Any price and availability information displayed on [relevant Amazon Site(s), as applicable] at the time of purchase will apply to the purchase of this product.)