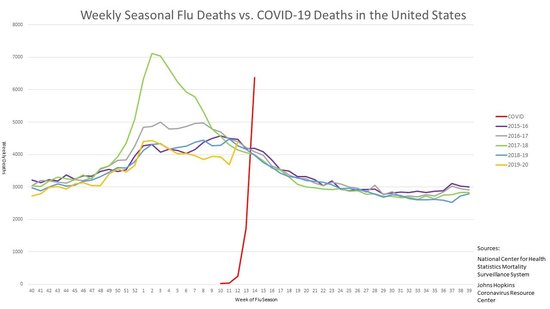 More than 2 months ago Donald Trump got a secure memo that the coronavirus could kill half a million Americans.

When he says “nobody ever heard of it” that's another lie. He heard about it.

He chose to do nothing. https://t.co/QNotPZnGlM

President Trump: “I think mail-in voting is horrible, it's corrupt.”

Reporter: “You voted by mail in Florida's election last month, didn't you?”

Reporter: “How do you reconcile with that?”

Trump: “Because I'm allowed to.” pic.twitter.com/Es8ZNyB3O1

The next step will be tattooing patients with barcodes….

Jared KushnerÃ¢Â€Â™s task force is looking to create a national coronavirus surveillance system to give the government a near real-time view of where patients are seeking treatment and for what, and whether hospitals can accommodate themhttps://t.co/FdiGqdhAh1

Now we know why Trump is firing inspector generals. He going into the bribery and vote buying business. https://t.co/1Yp4goP26r

The #NeverTrump movement failed to stop the presidentÃ¢Â€Â™s 2016 ascent, Robert P. Saldin and Steven M. Teles writeÃ¢Â€Â”but it may yet save the GOP. https://t.co/rxyknnWvm0

It wasn’t personal, it was just business:

A number of people jumped on a Times report as proof that Trump's odd obsession with promoting hydroxychloroquine was a function of his lining his pockets.

The report did not actually offer that proof. https://t.co/rvdOE3yTcG

And the chart you need to show to the next idiot who tells you COVID-19 “is like the flu”: