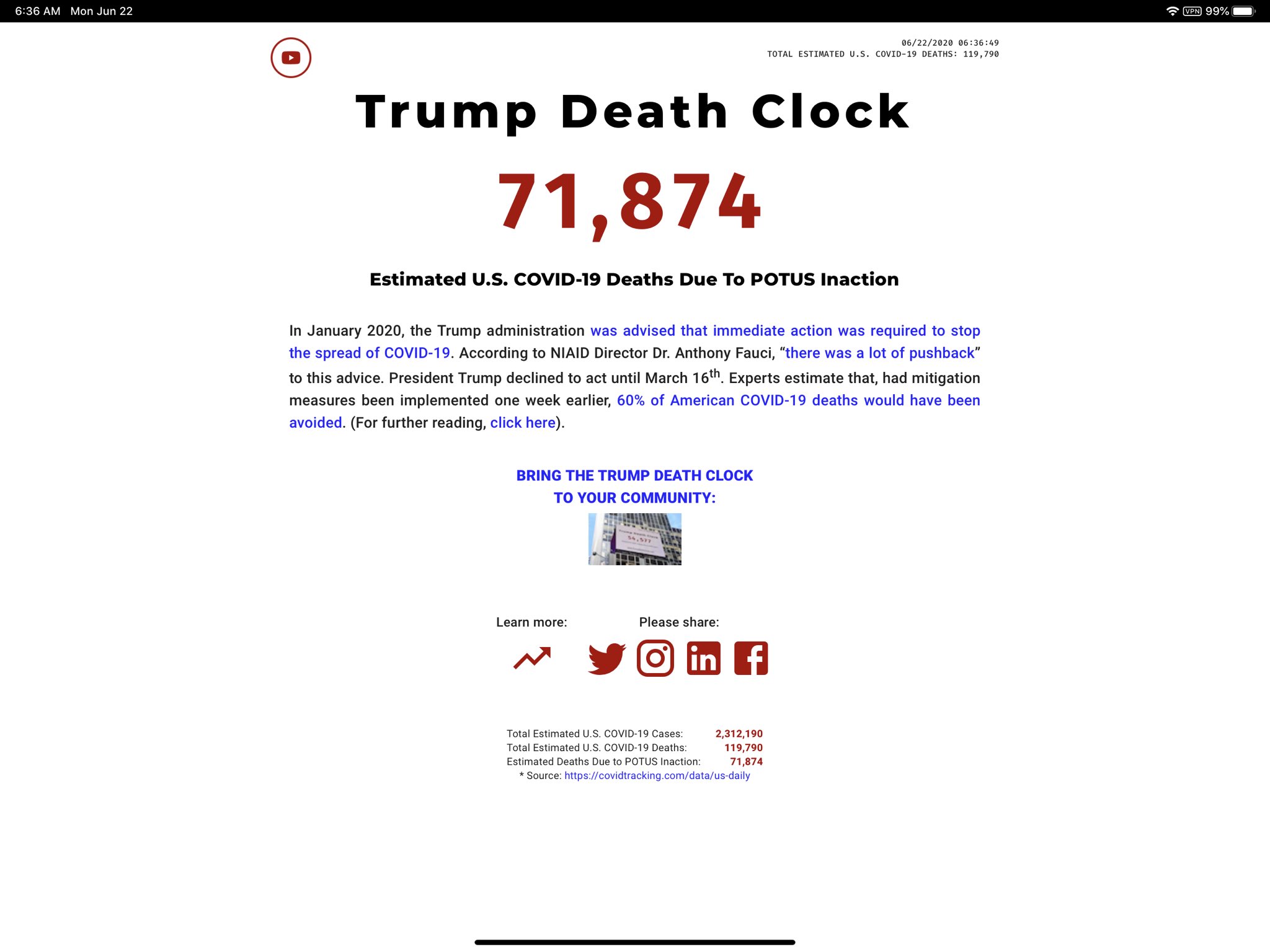 Aside from the usual commenters remarking on how difficult it is to prosecute anyone of treason, much less a former POTUS, Trump now makes more empty threats because he has nothing left. We’re still waiting for that HRC prosecution.

It was only a matter of time. He has lied about President Obama over and over and over again and nobody said a damn word. How long did you think it would be until we was calling him a criminal? https://t.co/FJcEhTtgJW

Trump accuses Obama of committing treason, with a little help from his on-site p.r. guy at the Christian Broadcasting Network. https://t.co/kiWdMRZ8R2

RIGGED 2020 ELECTION: MILLIONS OF MAIL-IN BALLOTS WILL BE PRINTED BY FOREIGN COUNTRIES, AND OTHERS. IT WILL BE THE SCANDAL OF OUR TIMES!

A rule of thumb: If you're lying about nonexistent voter fraud, if you're limiting polling places, if you're forcing people to line up to vote in a pandemic, even the old and the infirm, then it seems you're basically admitting most Americans don't want you to be president.

A US soldier has been charged with planning a “mass casualty” attack on his own unit https://t.co/1B2vPdjt0j pic.twitter.com/JdliuL5YnZ

(85498)
$0.00 (as of May 16, 2022 01:45 GMT -04:00 - More infoProduct prices and availability are accurate as of the date/time indicated and are subject to change. Any price and availability information displayed on [relevant Amazon Site(s), as applicable] at the time of purchase will apply to the purchase of this product.)