Five years ago (was it only five years ago?) the Supreme Court ruled 5-4 in Obergefell v Hodges that same-sex couples were entitled to the same marriage rights as opposite-sex couples. Jim Obergefell was the named plaintiff, and Richard Hodges the defendant in his capacity as director of the Ohio Dept. of Health. Since then, 70% of Americans have come to support same-sex marriage.

This morning CNN published an opinion piece by Obergefell and Hodges:

Rivals in landmark marriage equality suit: We are both voting for Biden

[W]e fear that the reelection of President Trump on November 3 would take our country down a path toward the darkest days of our history — one from which we may never return. These are hyper-polarized times, but this election is not between the lesser of two evils. There are two distinct paths before us, and they could not be more different. . . .

While we may not agree with every single component of Joe Biden's plans, we agree with where he's headed. There is simply nothing more to Trump's campaign than a desire to divide us against each other. Biden seeks, more than anything, to bring us together. To get past the challenges we face today, that's what we'll need.

What makes this even more fascinating is this part:

But in the more than five years since our case, we have found each other in the middle and have become friends — something that politicians in Washington DC used to do. Our political differences do not change our friendship because we both believe that the other deserves dignity and respect.

Change is  possible, growth is possible, people can discover how to get along even with differences. This kind of reconciliation and acceptance is exactly what the social fundamentalists are afraid of. When 70% of Americans approve of change and acceptance, the hate-filled minority has no other option than to cheat their way into forcing their hate on the rest of us.

This co-authored article is an antibody against that hate. 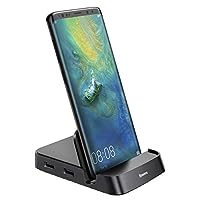