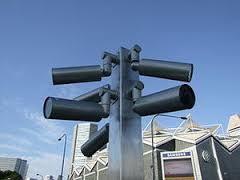 On Tuesday, May 15th, the Oakland City Council passed into law what has deservedly been called the “strongest surveillance oversight law in the country.”

Some of its key requirements:

Such a law was first conceived of by the ACLU circa 2013 in the wake of the Snowden relevations, and dubbed “Community Control Over Police Surveillance (CCOPS).” The need for such laws became clear in Oakland as the fight to prevent a proposed, Orwellianly named Domain Awareness Center, ramped up and was ultimately successful in 2014 — catalyzed by the activist group Oakland Privacy.

The first step thereafter on the path to Oakland’s Surveillance Equipment Regulation Ordinance (SERO) was the creation of a Privacy Advisory Commission by the Oakland City Council. It was charged with, among other things, drafting the ordinance and bringing it the Council. After much painstaking work, multiple drafts, consultations with the police and City unions, and the inevitable bureaucratic delays, the ordinance became ready for Council consideration in 2018.

And, after two readings, the first on May 1st and the 2nd on May 15th, it passed unanimously into law.

The fact that the ordinance passed is itself cause for celebration – a victory against the surveillance state. The reasons given for its necessity in the ordinance's preamble are worthy of note as well:

You might ask (if you are too young to remember the vast abuses of our civil rights the FBI perpetuated even before the age of sophisticated technological surveillance, search and data integration, or you were perhaps in a cave when Snowden revealed what the NSA was – and still probably is – up to):

“Why is this legislation necessary? Why isn't the Fourth Amendment enough?”

As answered by a FAQ put out by the Oakland Privacy group:

The short answer is that the law has not kept up with technology.

The longer answer is that our constitution, written in the 1780's, could not have conceived of the technological capacities we now have for observation and communication. While some legal opinions have extended fourth amendment protections to include newer technologies, others have gone in the opposite direction (e.g., a recent decision, USA v Matish, said that you have no reasonable expectation of privacy with respect to your home computer if it is connected to the Internet!).

We have the very real possibility of soon living in a society far beyond what even George Orwell imagined – where we will be tracked whenever we leave our house through facial recognition integrated with surveillance cameras; where everything we do online will be cataloged, stored and run through algorithms for “thought crime” analysis, and where our conversations may be overheard and analyzed – even in our own homes if we choose to use voice-enabled gadgets.  These things are all well within our technological capability today, and who knows what will be possible in five or ten years?

Not only is our constitution unable to deal effectively with it all, but laws cannot keep pace either. Technology is developed and deployed long before legislators can regulate it – if they even know about it, which they often don't.

This legislation reverses that course – it stipulates that such technology will not be deployed without analysis, public awareness, and, hopefully, a democratic decision about what level of surveillance is acceptable in an open society.

You also might ask, “What sort of stuff are we talking about?”

And how was this getting into the hands of public servants without public process? As Slate writer Robyn Greene explains:

After Sept. 11, thanks in part to massive federal grants with few strings attached, local law enforcement agencies all over the United States began steadily acquiring and deploying powerful new policing tech. These surveillance technologies [were] often acquired and deployed unbeknownst to residents or city councils and usually without court approval or oversight… This trend of unrestrained acquisition and use of surveillance tools has been dubbed by some critics as “policymaking by procurement,” with important decisions being made about police power based simply on the fact that the feds were willing to cut a check for the tech, rather than being based on careful consideration by local elected officials.

No more. In Oakland. In Berkeley. In Davis. In first-in-the-nation Santa Clara County. And hopefully soon other localities around the country. In fact, Oakland Privacy and the ACLU of Northern California are leading an effort to get California bill SB 1186 enacted, which would extend surveillance regulation similar to the Oakland legislation across the entire State of California.

Now we can begin to watch them as they are watching you. And me. And your friends. And the Muslim couple down the street. And the Black Lives Matter activist over there.

And that's a good thing.

(51689)
$17.62 (as of May 22, 2022 13:10 GMT -04:00 - More infoProduct prices and availability are accurate as of the date/time indicated and are subject to change. Any price and availability information displayed on [relevant Amazon Site(s), as applicable] at the time of purchase will apply to the purchase of this product.)