The only good thing with NYT’s access journalists like Maggie Haberman and Annie Karnie is they sometimes pan one golden nut of truth from the cesspool of disinformation that flows from Trump’s mouth and his campaign:  the facts from the Tulsa Rally disaster hit Trump square in the face.

Inside the campaign, advisers believe disappointing attendance at the rally shows genuine fear of the coronavirus and the reality of Mr. Trump’s sliding poll numbers.

I know.  We don’t need those ass kissers from the NYT to tell us that.  You could see it in that walk of shame video.  But considering both Haberman and Karnie have plenty of access to the leakers in the White House, they fill in any blanks we might have about how bad this was with Trump with words.

Keep in mind, Trump and his people are pathological liars, and any defeats or humiliations are like that scene with the Black Knight in Monty Python’s Holy Grail.

Anyway, here are some of the nuggets from Haberman and Karnie:

President Trump and several staff members stood backstage and gazed at the empty Bank of Oklahoma Center in horror.

Mr. Trump and Vice President Mike Pence had canceled plans at the last minute to speak at an outdoor overflow rally that was almost entirely empty, despite claims of nearly one million people registering for tickets to attend the event in Tulsa, Okla., and the president’s false boast of never having an empty seat at one of his events.

The president, who had been warned aboard Air Force One that the crowds at the arena were smaller than expected, was stunned, and he yelled at aides backstage while looking at the endless rows of empty blue seats in the upper bowl of the stadium, according to four people familiar with what took place. Brad Parscale, the campaign manager who had put the event together, was not present.

Exactly what went wrong was still being dissected on Sunday. But a broad group of advisers and associates acknowledged to one another that Mr. Trump had not been able to will public opinion away from fears about the spread of the coronavirus in an indoor space. And they conceded that myriad polls showing Mr. Trump’s eroded standing were not fake, and that he might be on course to lose to former Vice President Joseph R. Biden Jr, the presumptive Democratic nominee, in November.

Nice of them to confirm what many others have been saying lately.  Trump thinks he can “will” the fear of the coronavirus away.  In other words, Trump thinks he can lie his way out of hundreds of thousands of deaths from the coronavirus.  We are heading for hundreds of thousands of deaths by election time because Trump has given up trying to fight the virus.

Anyway, it seems that the the fear of the coronavirus may have penetrated into the Homo erectus skulls of some of Trump’s supporters.  Otherwise, why not show up to give the middle finger to us liberals and embrace your Dear Leader?  Afterall, it was Tulsa.  Trump won OK by 37 percentage points in 2016.  Trump says it is OK to reopen up America, so where were all those Trump loving Oklahomans?

Trump had to face that his bullshit doesn't always work wonders even in red state OK.  And this was a shock for Dear Leader because his sycophants have been lying to the boss.

But unlike most situations in which Mr. Trump’s advisers have tried to keep certain information from him — such as the fact that Mr. Biden outraised him in the month of May — or put a rosy sheen on it, the president saw for himself the empty seats in Oklahoma.

Thanks for confirming again that Trump’s people do not want to tell him anything that will upset him.  “Unlike most situations.”  Not only is Trump illiterate, he is definitely in his own universe.

It’s pathetic when a grifter buys his own bullshit.

I suppose the important point is that some of Trump’s supporters might give him their vote, but despite all their bravado, they won’t risk their lives for him. 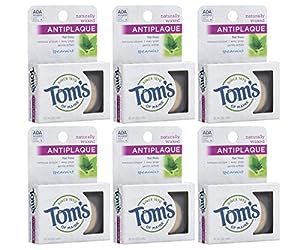