The Exxon oil wells off the California coast are a dark cancer on our fair nation.  And when the pipeline that carried Exxon’s oil from those wells broke, and bespoiled  miles of coast line and poisoned wildlife, Then-California Attorney General Kamala Harris vigorously intervened.

Harris and her successor successfully  assisted in the criminal prosecution of the oil pipeline operator that spilled Exxon’s oil on the ocean beaches of Santa Barbara.

Harris made sure the pipeline company was convicted on criminal charges, a rarity in environmental cases.  Santa Barbara County issued this statement in gratitude after the convictions:

“This was truly a 'David vs. Goliath' prosecution with a few outstanding government lawyers zealously seeking justice against a large company with teams of lawyers.”

“Special thanks to our hard working jury who generously gave of their time and energy and to our former California Attorney General Kamala Harris for her willingness to pursue this historic prosecution.”

Even now, years later, Harris’ past efforts have helped keep that pipeline shut down.  When Exxon tried to get permits for a scheme to transport millions of gallons of oil by tanker truck, the  Attorney General’s (AG’s) involvement insured Exxon was forced into an onerous California environmental review, which is still pending.  Exxon and others have had to curtail their offshore fossil fuel wells’ and processing units’ operations, thanks in part to Harris’ prosecution of the pipeline.

During Harris’ tenure at California AG, the State levied about $50 million in fines against oil companies, including fines against Exxon, according to her press office.

Many voters declare that global warming is near the top of their concerns.  Since Senator Harris served six years as the Attorney General of California, and vigorously enforced some of the toughest environmental laws in the US, and world,  she should benefit from her stellar environmental achievements.

But The New York Times and CNN have accused Harris of misrepresenting her environmental record.  Their vitriol began to flow after a climate change forum, when a moderator  asked Harris what she would do about global warming and giant polluters like Exxon that lie about it.  www.nytimes.com/…

The New York Times fact-checkers now claim that Harris never sued Exxon over global warming issues.  This is a classic case of Gotcha!, because  Harris, as senator, recently submitted an amicus brief to support a prominent global warming court suit against Exxon and others, filed by California cities, although she did not sue Exxon herself.

But the NYT never disclosed  that Harris had provided this important and supportive filing of a amicus brief on behalf of a global warming suit against Exxon.  They allowed the impression that Harris had done nothing against Exxon on this issue, and that she fibbed about it.

But Harris actively supported two California cities who sued Exxon on global warming issues, although she did not sign on, as AG,  to their losing court battle.

CNN went on to flatly claim “she hadn’t” sued Exxon even once for anything, must less global warming, although the AG had sued other oil companies.

However, Harris’ office supported many prosecutions by agencies and local governments.  Attorney Evan Eickmeyer from the AG’s office’s Natural Resources division, for instance, helped Merced County sue Exxon in a toxic waste case that dragged on from 2008 to 2015.  That suit was still pending during Harris’ 2011-2017 tenure as AG.  So Harris’ AG tenure included at least one case of her offices suing Exxon, contrary to CNN’s assertions.

The California Air Resources Board and other California air pollution agencies,  with support from Harris’ AG office, have also fined Exxon for failing to report greenhouse gasses, for illegally blended gasoline, and for pollution violations at Exxon’s Torrance refinery, all while Harris was AG.

In other words, Harris had actively participated in a global warming suit against Exxon, had assisted agencies that fined and prosecuted Exxon for global warming and other violations, had prosecuted the operators of the pipeline that moved Exxon’s oil, with landmark criminal indictments, and had levied millions in fines against the oil companies and big polluters.

Meanwhile, the NYT and others ignore her militant criminal prosecution of the pipeline that spilled Exxon’s oil,  even though her efforts earned praise from the local government.

Instead the Times and CNN leave out part of the story and make Harris look tricky and soft on Exxon because she “only” filed a brief in a different court case against the oil giant, rather than filing an actual losing court suit.   Her own trillion-dollar plan to battle global warming also goes unmentioned.

I remember  Karl Rove’s tactic of attacking Democratic candidates on their strengths, with half baked accusations;  like claiming Governor Dukakis polluted Boston Harbor, or that  John Kerry was a coward in combat.

We should recognize and reject these similar snide efforts to denigrate Harris’ positive contributions.

Instead we should welcome Harris’ willingness to prosecute severe environmental violations as crimes.  We’re going to need a new sheriff as soon as possible. 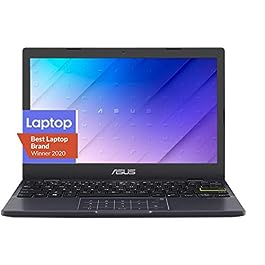