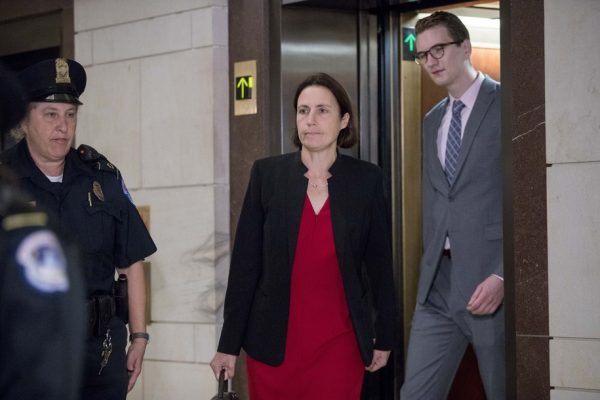 Hand grenade and a “drug deal”.

Updates to come, there is a lot of traffic at the links, so please be patient

The transcript for Vindman can be found here, and Hill’s transcript is here.

House investigators have released the deposition of Fiona Hill, who until earlier this year served as the top Russia policy specialist on the national security council.

Hill was said to have told investigators that she registered concerns about President Trump’s policy to pressure the government of Ukraine in exchange for commitments to launch investigations that might help him in the 2020 election.

Hill also is said to have told investigators that her then-boss, then-national security adviser John Bolton, also didn’t want to go along with Trump’s plan.

Vindman said after Sondland brought up deliverable there was discord between the US officials and the Ukrainians were asked by Sondland to leave the room. Then Vindman made clear he thought what transpired was inappropriate. pic.twitter.com/vulPw0ClNC

This is first-hand testimony on how the levers of government were abused to help the president politically, at the cost of our national security.

"I'm not going to read these transcripts," Sen. Lindsey Graham says of transcripts of depositions from House impeachment inquiry.

GOP keeps changing its story. Why throwing @RudyGiuliani under the bus isn't going to work: WE HAVE THE CALL TRANSCRIPT.

It's not as if @realDonaldTrump pressured Ukraine to investigate Biden & Giuliani said investigate Warren. THE EXTORTION WAS IDENTICAL.#ThursdayThoughts https://t.co/nOO0z8RcL0