I can see why Mitch McConnell moved on removing those economic sanctions against the Russians.  It wasn’t just at Trump’s bidding:

Kentucky might be going into business with the Russian mafia.

Not the rough-and-tumble “Godfather” crowd with the bent noses and such names like Tessio, Barzini and Luca Brasi.

If all goes according to plan, by the middle of the year, we’ll be in business with Oleg Deripaska, a buddy of Vladimir Putin.

He could be sending $200 million — if you believe media reports — in what could very well be mobbed-up money to northeastern Kentucky to build a $1.7 billion aluminum plant on an old strip mine there.

Seems that Republican Governor Matt Bevin sunk $15 million dollars of Kentucky tax payer money into this “investment.”  But they were having trouble coming up with the rest of the needed money from private sources, until

Enter Rusal, a Russian aluminum company that until just three months ago was barred from doing business in the United States in part because of its ties to Deripaska.

The Trump administration lifted the sanctions in January after Deripaska agreed to reduce his ownership stake in the Moscow-based company, the world’s second-largest aluminum manufacturer, from 70% to less than 45%.

And that came only after Senate Majority Leader Mitch McConnell backed that decision despite large numbers of Republicans and Democrats who objected to allowing Rusal and its parent company En+ Group into the United States.

The House voted to keep the sanctions 362-53, but the Senate fell three votes short of the 60 votes needed to end a filibuster. McConnell, along with Sen. Rand Paul, voted against the resolution.

The rest of this deal appears to be a way to save Matt Bevin’s bacon in election in the fall.  Bevin wants something to showcase that he is bringing all sorts of jobs using taxpayer money, at least that is the main thrust from the article.  I have my suspicions that besides jobs money may have exchanged hands.  I wouldn’t be surprised if some PAC gives tons of money to both McConnell and Paul for their reelections.  And I’m betting it will be something like the NRA.  Another front for Russian money to Republicans.

I’m sure the Trump lovers in this state will be all “Hee Haw!” in support of this. 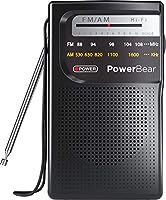