Not So Fast On That Trump EC Coup

There’s a diary on top of the rec list right now that’s based on a story in the Atlantic, that Trump might try to take advantage of a clause in the Constitution that says the electors shall be chosen ‘in such Manner as the Legislature thereof may direct.’ If Trump is behind in the electoral votes come Nov. 4th, speculation is that he might try to get Republican-controlled legislatures to change the rules and then pick a slate of electors that will choose him.

The Malignant Mangoface is, of course, capable of wanting to screw the rules any way he can. The question is, are he and his minions capable of doing so? I submit that there is reason for concern, but not for panic.

Right now, I identify 8 battleground states where Republicans control both houses of the legislature. In four of those states, the governor is also a Republican:

Of these states, only Ohio’s legislature is in session. That means the governor would have to call a special session. Florida and Georgia would do so, Arizona is a maybe.

In the other four, a Democrat is governor:

Here, Michigan and Pennsylvania legislatures are in session. Wisconsin is in special session, but that ends on Sept. 30th. In none of these states do the Republicans have a large enough majority to override a gubernatorial veto. (I’m assuming the Constitution intends the manner of choosing electors to be set by law, meaning the governor has to approve.) I also think it possible that Ohio’s governor DeWine would be inclined to veto.

The officials in all of these states have to answer for their actions at election time. While these states may be closely divided by party, I remain convinced that the vast majority of voters in all states hold to a basic standard of fairness. The current rule in all states  is that the voters choose the president. Changing that rule after the voters have chosen would totally violate that standard, and the officials who made that change would pay a price in the next election.

Then there is the matter of timing. The electoral college must meet in every state on the same day, which this is December 14th, in their respective state capitals and cast their votes then. If the electors have not yet been chosen, that state’s votes don’t count. (And the winner would need less than 270, as the requirement is an absolute majority of electoral votes cast.) On top of that, the winner in each state may not be known for days or weeks, meaning that any state legislature that tried to change the rules before the votes were counted would, again, face the wrath the voters. Plus 6 states would need to be called into special session, which also eats up time (maybe, maybe not, but you can bet Democrats would start stalling).

On top of all that, there will inevitably be court challenges. If Trump can use the courts to delay, so can we. The Dec. 14th deadline can only be changed by act of Congress, and I really don’t see Speaker Pelosi being helpful there.

Last point, as some comments in the other diary pointed out, Trump is a COWARD. Push back, and he loses it.

In other words, let’s be concerned that Trump might suggest this, but let’s not panic over it. 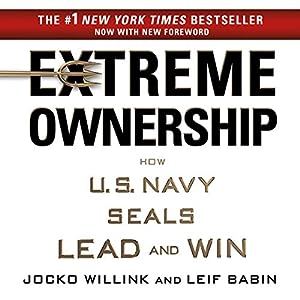