North Korea wants to keep its useful idiot; calls Biden a 'rabid dog' who should be beaten to death

By Aldous Pennyfarthing on November 17, 2019

So if you were a vile, murderous dictator on the verge of getting everything you want because you’d convinced a fluorescent orange bag of liposuction fat that you were a good guy, you’d want to keep that going, right?

To Kim Jong Un, Donald Trump is like the substitute teacher who never hands out homework and thinks the curriculum is heavily slanted toward Mario Kart.

So, of course, North Korea is going after one of Trump’s leading Democratic rivals.

North Korea has launched another volley of insults at former vice president Joe Biden, calling him a “rabid dog” who is greedy for power and deserves to be beaten to death.
The attack came two weeks after Biden issued a statement attacking President Trump's North Korea policy and referring to that country's leader, Kim Jong Un, as a “murderous dictator.”

Wait, does Trump have a North Korea policy beyond exchanging love letters with Kim?

“Anyone who dare slanders the dignity of the supreme leadership of the DPRK, can never spare the DPRK’s merciless punishment whoever and wherever,” [a Korean Central News Agency commentary] said, referring to the country's official name, the Democratic People's Republic of Korea. “And he will be made to see even in a grave what horrible consequences will be brought about by his thoughtless utterances.”

“Rabid dogs like Baiden [sic] can hurt lots of people if they are allowed to run about. They must be beaten to death with a stick, before it is too late,” it wrote. “Doing so will be beneficial for the U.S. also.”

Okay, so this is what North Korea does, and frankly, it’s usually more comical than frightening. But Korea’s purple prose is rarely directed at Trump anymore. Which tells me Trump isn’t doing his job.

No, they don’t want to deal with Joe Biden, because Biden would hold the country accountable.

And apparently Trump agrees. This morning, he took the side of the murderous dictator. As usual.

Mr. Chairman, Joe Biden may be Sleepy and Very Slow, but he is not a Ã¢Â€Âœrabid dog.Ã¢Â€Â He is actually somewhat better than that, but I am the only one who can get you where you have to be. You should act quickly, get the deal done. See you soon! https://t.co/kO2k14lTf7— Donald J. Trump (@realDonaldTrump) November 17, 2019

Can’t wait to see that “deal.” I’ll get my long white beard ready. 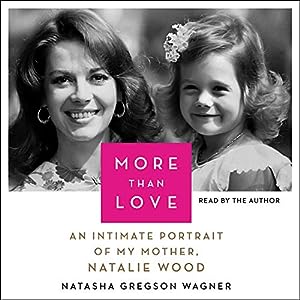