The dotard has been showing such manly strength and resolve on the world stage lately – ceding Syria to the Russian and Turks, ending sanctions to one of the worst actors in the 2016 election interference scheme, and meekly allowing those same Russians to violate the Monroe Doctrine and place offensive weapons In Venezuela – that North Korea and Rocket man have chosen this exact moment to give the orange idiot the old one finger salute.

“SEOUL, South Korea (AP) — North Korea said Thursday it will never unilaterally give up its nuclear weapons unless the United States first removes what Pyongyang called a nuclear threat. The surprisingly blunt statement jars with Seoul’s rosier presentation of the North Korean position and could rattle the fragile trilateral diplomacy to defuse a nuclear crisis that last year had many fearing war.

The latest from North Korea comes as the United States and North Korea struggle over the sequencing of the denuclearization that Washington wants and the removal of international sanctions desired by Pyongyang. The statement carried by the North’s official Korean Central News Agency also raises credibility problems for the liberal South Korean government, which has continuously claimed that North Korean leader Kim Jong Un is genuinely interested in negotiating away his nuclear weapons as Seoul tries to sustain a positive atmosphere for dialogue.

The North’s comments may also be seen as proof of what outside skeptics have long said: that Kim will never voluntarily relinquish an arsenal he sees as a stronger guarantee of survival than whatever security assurances the United States might provide. The statement suggests North Korea will eventually demand the United States withdraw or significantly reduce the 28,500 American troops stationed in South Korea, a major sticking point in any disarmament deal….

….But North Korea for decades has been pushing a concept of denuclearization that bears no resemblance to the American definition, with Pyongyang vowing to pursue nuclear development until the United States removes its troops and the nuclear umbrella defending South Korea and Japan. In Thursday’s statement, the North made clear it’s sticking to its traditional stance on denuclearization. It accused Washington of twisting what had been agreed on in Singapore and driving post-summit talks into an impasse.”

Of course none of this is surprising and, indeed is entirely predictable to everyone but the dotard and his brain dead followers.

This statement would only be instructive if it led to a complete dismissal of the idea among drumpf’s followers that the Singapore Summit would lead to any sort of compromise by North Korea on its Nuclear Weapons program. The U.S. is not going to fold its nuclear umbrella over North Korea because that would necessarily cripple our deterrent capabilities as regards China and Russia. Outside of a comprehensive agreement on disarmament, which is desirable but not likely, among the four parties that have nuclear capabilities in Eastern Asia, North Korea will keep on building nukes.

But drumpf’s acolytes will happily consume any happy horesh** he lays before them, so the admin, and its mouthpiece Fox News will try to find a way to spin this announcement as a win. 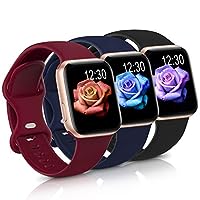