Well, this is awful.  All the sleeves rolled up and no more vaccine for the second dose.  What does that mean?  The first does was useless without the second?  Caught the news on the radio and I just got bug eyed and thought… Do we even know how this affects the second dose or first dose?

(CNN)Hopes of a surge in Covid-19 vaccine shipments under a new policy to release second doses held in reserve appear to be evaporating — with the revelation that those doses have already been distributed, contrary to recent indications by the Trump administration.
A senior administration official told CNN that when the administration announced that it would be releasing reserved doses Friday, many of those reserves had already been released into the system starting last year as production was ramping up.
The revelation appears to contradict what Health and Human Services Secretary Alex Azar announced on Tuesday at an Operation Warp Speed briefing, where he said the administration would be “releasing the entire supply for order by states, rather than holding second doses in reserve.”

We are hearing there is not a stockpile of vaccine for second dose but that it was more of a ‘paper exercise,’ ” said Dr. Marcus Plescia, chief medical officer for the Association of State and Territorial Health Officials. “The stockpile appears to be all on paper; they were tracking anticipated need but not actually holding back product.”

In the meantime, Trump is sitting with the Pillow Guy trying to overthrow the government.

I guess we will have to go begging to Canada, the UK and anyone else to loan us some vaccine to put in arms until we get supplies in.  Trump could not have screwed this country up more if he pulled down his pants and threw his wanger out the window and said, “ Screw the USA”.

Can you imagine how horrible a situation this is for President Biden?  Trying to convince people to get the vaccine was hard enough, thinking they would get the full dose.  Now????  Where does that leave confidence when people do not know if there will be enough for that second dose.

He is worse than Jim Jones. 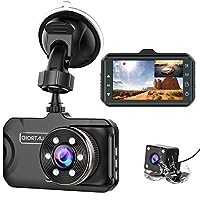