Apparently Ivanka Trump was not married when she first met then MI6 operative Steele, Christopher Steele.

We are reminded that in the 1990s, Donald did see himself as a “James Bond” character, even if we now know him more like an Austin Powers one.

BREAKING: ABC News can confirm that the Trump Ã¢Â€Âœfamily memberÃ¢Â€Â referenced in the Inspector General report who had a friendship with dossier author Chris Steele, was Ivanka. She met him in 2007 at a dinner in London when he was still working for MI6. https://t.co/W64i5GPqVK— Julia Macfarlane (@juliamacfarlane) December 9, 2019

Ivanka Trump invited dossier author Chris Steele to Trump Tower in New York in 2010 to discuss the possibility of the former British intelligence officer working for the Trump Organization in doing due diligence on their business interests abroad as part of his work at Orbis.
ABC News first learned of the contacts between Ivanka Trump and Steele a year ago, but has only recently been able to view some of their communications.
ABC News sought comment from Ivanka Trump through her attorney, but has not received a reply. Both Steele’s attorney and a representative for Steele’s firm, Orbis Business Intelligence have not given us a comment.
I've just seen that I have the only byline on this story but I have to give credit to my amazing colleague @mattmosk who has been tirelessly working with me on this, and put a huge effort in helping to verify it. He's the best of the best abcnews.go.com/Politics/dossi…
@mattmosk Also want to point out, as I mention in the piece, ABC first learned of the contacts between Ivanka and Steele a year ago but has only recently been able to verify. ABC has incredibly high editorial standards. Wanted to publish sooner – but we had to be sure. Proud to work @ABC
@mattmosk @ABC Important thing to note about the Steele/Ivanka revelations as noted in the OIG report, is that when Steele was first approached to do research work for Fusion GPS, he maintains he was favourably disposed towards the Trumps – his opponents claim he was always biased against Trump

All that GOP disinformation trying to discredit Steele now sits in a different frame relative to this backstory.

Christopher Steele, a former British intelligence agent and the author of the now-infamous Steele Dossier, was friendly with Ivanka Trump for years and was “favorably disposed” toward the Trump family because of it.

NEW: The Trump Ã¢Â€Âœfamily memberÃ¢Â€Â referenced in the #IGReport who had a friendship w/ Christopher Steele was Ivanka, per @ABC. She met him in 2007, when he was still working for MI6, to discuss working for the Trump Org.

Nearly a decade before the 2016 presidential campaign, Donald Trump’s daughter Ivanka met a British intelligence officer who ran the Russia desk — and when the agent left his covert service and moved into private practice in 2010, she stayed in touch, ABC News has learned.

The two exchanged emails but never worked together, and the man, Christopher Steele, would one day re-emerge in a most unexpected way, taking a central role in the Russia scandal that consumed the early years of her father’s presidency, according to a source familiar with their past contacts.

The prior relationship came to light as investigators with the Department of Justice Inspector General’s office was looking into allegations of political bias at the origins of the Russia investigation since May 2018.

Steele gained notoriety as the investigator who ignited a firestorm by authoring the highly controversial 2016 dossier alleging links between the Trump Campaign and Russia, and embarrassing incidents involving Trump before he took office. Critics of Steele have argued that the former intelligence officer was biased against Trump and was inclined to produce a negative report on the presidential candidate – excoriating Steele on social media and elsewhere.

He then warns that Trump is as we speak still trying to get Ukraine to influence the 2020 election.

This clip needs to be on every nightly news show tonight. pic.twitter.com/62SJzLSoNI— Nate Lerner (@NathanLerner) December 9, 2019 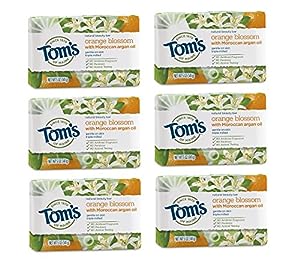