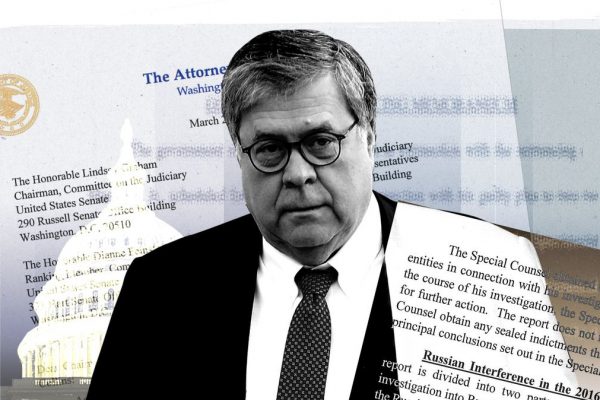 Previous guy referring to himself in the 3rd person like a royal wee with prostitutes in the Moscow Ritz. Because even a lackey like Bill Barr will ultimately betray him if only for self-preservation as the cover-ups and obstructions are revealed.

Donald trump is a man consumed with grievance against people he believes have betrayed him, but few betrayals have enraged him more than what his attorney general did to him. To Trump, the unkindest cut of all was when William Barr stepped forward and declared that there had been no widespread fraud in the 2020 election, just as the president was trying to overturn Joe Biden’s victory by claiming that the election had been stolen.

In a series of interviews with me this spring, Barr spoke, for the first time, about the events surrounding his break with Trump. I have also spoken with other senior officials in the Trump White House and Justice Department, who provided additional details about Barr’s actions and the former president’s explosive response. Barr and those close to him have a reason to tell his version of this story. He has been widely seen as a Trump lackey who politicized the Justice Department. But when the big moment came after the election, he defied the president who expected him to do his bidding.

Barr’s betrayal came on December 1, over lunch in the attorney general’s private dining room with Michael Balsamo, a Justice Department beat reporter at the Associated Press. Also in attendance were the DOJ chief of staff, Will Levi, and spokesperson Kerri Kupec. Balsamo was not told the reason for the invitation. When Barr dropped his bombshell between bites of salad, he mumbled, and Balsamo wasn’t sure that he had caught what the attorney general had said.

“Just to be crystal clear,” Balsamo asked, “are you saying—”

“Sir, I think you better repeat what you just said,” Kupec interjected.

“To date, we have not seen fraud on a scale that could have effected a different outcome in the election,” Barr repeated. This time Balsamo heard him.

When Bill Barr told the truth about the election results, Trump reacted exactly as people expected he would. https://t.co/4Uidan8kt9 pic.twitter.com/nwzQE04SY8

We still need to prosecute Barr for his interference and cover up of the Mueller investigation, his abuse of federal police during riots, and his use of DOJ to go after members of the press & congress.

Also – where is the Durham report??

What did Rod Rosenstein know and when did he know it?

NY DA Vance to Indict Trump Organization. Will this inspire other jurisdictions to finally indict Trump? It should . . . because #JusticeMatters https://t.co/twuXAZDDGr via @YouTube

“You know, you only have five weeks, Mr. President, after an election to make legal challenges,” Barr said. “This would have taken a crackerjack team with a really coherent and disciplined strategy. Instead, you have a clown show. No self-respecting lawyer is going anywhere near it. It’s just a joke. That’s why you are where you are.”

Interestingly, Trump didn’t argue when Barr told him that his “clown show” legal team had wasted time. In fact, he said, “You may be right about that.”

(43211)
(as of May 21, 2022 05:43 GMT -04:00 - More infoProduct prices and availability are accurate as of the date/time indicated and are subject to change. Any price and availability information displayed on [relevant Amazon Site(s), as applicable] at the time of purchase will apply to the purchase of this product.)