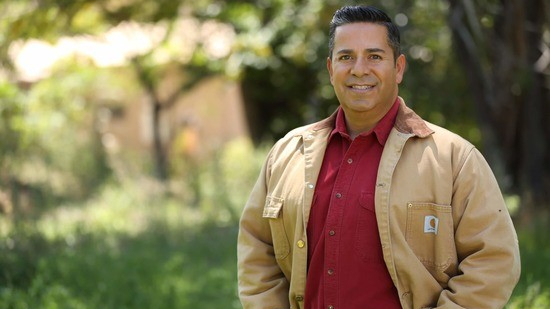 Back in 2008, Ben Ray Luján and I were both part of the same freshman class of U.S. representatives — rushing into Congress on a blue wave of Obama-era momentum for change.
In the years that followed, I couldn’t have asked for a better partner in Congress — and New Mexico couldn’t have asked for a better leader.
Ben Ray has always been a fierce champion for our values — fighting to protect our public lands, advance universal health care, and make life better for working families. That’s why I’m so proud to be endorsing him for the U.S. Senate — and why I hope you’ll rush $5 to help Ben Ray raise 984 more gifts before his end-of-quarter deadline.
Now more than ever, the Senate needs people like Ben Ray to go toe-to-toe with Republicans over the challenges facing our state and country.
In 2020, we have a historic shot to oust Mitch McConnell and take back the Senate — but if we lose Ben Ray’s race, all hope to flip the Senate will be lost.
Ben Ray is the kind of person we need in the Senate.
Last year, I watched him take on the GOP and billions of dollars in dark money to flip the House blue and win our Democratic majority.
So I know — without a shadow of a doubt — he’ll not only keep this critical Senate seat out of Republicans’ hands, he’ll help flip the ENTIRE Senate, too.
Ben Ray still needs 984 gifts to reach his critical end-of-quarter goal. Can I count on your $5 to help him make it to the Senate in November?
Thank you for your help,
Martin Heinrich

The next one is in support of MJ Hegar’s (D. TX) U.S. Senate campaign:

MJ Hegar (D. TX)It is critical that we elect people to Congress who have the utmost integrity and understand service to our country. Over in Texas, MJ Hegar, a decorated combat veteran, is running to unseat Senator John Cornyn, and she needs your support.

MJ has spent her life standing up to power. During her time as an Air Force Pilot, her aircraft was shot down by the Taliban. Wounded, she strapped herself to the side of a helicopter, and she returned fire. MJ and her crew all made it out alive. She earned a Purple Heart and Distinguished Flying Cross for her bravery.

As you can see, MJ is not afraid to stand up against anything. MJ is taking on Mitch McConnell’s right-hand man and she is relying on grassroots contributions from people like you to do it.

That is why I am excited to support MJ Hegar for the U.S. Senate in her race against Republican John Cornyn.

Texas is by far the largest battleground state in 2020. There are over 20 media markets, 254 counties, and 28 million people. MJ wants to get her message out to everyone in the Lone Star State, but she needs your help to get her message out. We can flip this seat; The Washington Post ranked Sen. Cornyn’s seat as one of the most likely to flip in 2020.

We need leaders like MJ in Congress. Join me in support of MJ by donating to her campaign today.

(28)
(as of May 18, 2022 06:40 GMT -04:00 - More infoProduct prices and availability are accurate as of the date/time indicated and are subject to change. Any price and availability information displayed on [relevant Amazon Site(s), as applicable] at the time of purchase will apply to the purchase of this product.)