First up, a hopeful sign from the Democrats in Kentucky governor’s race:  I got canvassed by someone for the Beshear campaign.

What is so great about that?  Glad you asked.  It means that the state Democrats are taking this race seriously, along with the other state wide offices up in November.  To put this into context, I will take you back to 2015 and the contest between State Attornery General Jack Conway and Tea Party lunatic Matt Bevin.  I was never canvassed or even contacted by the Conway campaign to go out and vote for him or the others on the Democratic ticket.  And guess what happened?  Only 30.6% of the voters turned out, and Bevin was elected with 52% of the vote.

Here is a link to the results of the other state wide contests that year: interactives.courier-journal.com/…

Only two of the Democratic candidates won that year, and it was close in both cases.

I was not only asked if I was going to vote for Beshear, but the canvasser had a clip board and asked about the other candidates on the ballot.  I told him that I was voting for them as well, and I was taking my elderly Mom to vote as well.  She also planned to vote straight Democratic.  And he asked if wanted a Beshear sign for the yard, and I readily accepted.

And as a reminder, two of Moscow Mitch’s cronies are running for statewide office:  state attorney general and secretary of state.  The Democrats running for those offices are ahead, but no one should be complacent.  Bad enough that Republicans could win these important offices, but imagine the harm that could be inflicted by acolytes of Moscow Mitch with regards to enforcement of the law, justice, and elections.

Now, the Republicans are taking the governor’s race very seriously because they are running lots of negative ads against Beshear.  The latest Republican salvo is about Beshear being a radical and being responsible for — wait for it — a government takeover of health care under Obama.

The new GOP ad characterizes that law as a “Washington takeover” of health care that resulted in “too many families paying more but getting less.”

That last bit refers to Bevin’s attempts to penalize people who sign up for Medicaid.  People are on Medicaid because they are in poverty and have little to no income.  Bevin got a waiver from Trump to force people to find work if they sign up for Medicaid.  It is estimated that 95,000 Kentuckian would lose their Medicaid with Bevin’s rule change, which is the whole point of this.  Bevin wants to punish the poor, and a federal judge has blocked this move.

But last time I looked, there was no “government takeover of health care” in KY.

Yes, Beshear has ads up touting his and other Democrats efforts to protect and expand health care in Kentucky.

Anyway, that is the latest and greatest here in Kentucky. 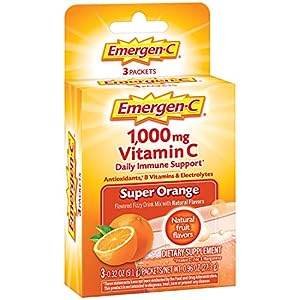