It wouldn’t be an exaggeration to say that Republicans have had less than nothing (or nothing real, anyway) to fall back on in their defense of Donald Trump during the recent impeachment imbroglio.

What they do have amounts to repeating Hunter Biden’s name into a mirror over and over again and hoping he magically appears.

But that hasn’t stopped The New York Times from cynically both-sidesing this battle.

Trump and the GOP had an explicit strategy to persuade the public that impeachment is just a partisan mess, which was a challenge since the PresidentÃ¢Â€Â™s own staff offered the most incriminating testimony.

If you came into this knowing nothing about Donald Trump’s open corruption and criminality, this NYT analysis would likely only confuse you. Instead of seeing the obvious — that Trump has openly and brazenly abused the power of his office by soliciting foreign election interference (uh, it’s in the so-called “transcript”) — you’d think this is just another inside-the-Beltway partisan kerfuffle.

But this case should be a slam-dunk example of abuse of power. It isn’t like quibbling over earmarks in a farm bill or something. It’s about refusing to tolerate clear and open corruption. That shouldn’t be treated as a he said/she said story. But take a gander at these excerpts:

It was not just that the committee eventually voted to approve two articles of impeachment, charging Mr. Trump with abusing the power of his office and obstructing Congress. Throughout the committee’s debate, the lawmakers from the two parties could not even agree on a basic set of facts in front of them.

They called each other liars and demagogues and accused each other of being desperate and unfair. At one point, Republicans all but abandoned their pursuit of trying to persuade their Democratic colleagues, instead making a motion to strike the most critical lines out of the articles — essentially taking the “impeach” out of impeachment.

Uh huh. And one side was right. That’s not a partisan statement. It’s a statement meant to acknowledge consensus reality.

And take a look at this bit of jujitsu, which seems singularly designed to produce a “balanced” story:

“Ukraine was not aware of the aid,” Mr. Johnson insisted Thursday, referring to the $391 million in security assistance that Mr. Trump had ordered withheld. If they didn’t know the money had been frozen, he explained, Ukraine couldn’t have been on the receiving end of a pressure campaign by the president.

When it was his turn, Representative Steve Cohen, Democrat of Tennessee, asserted exactly the opposite, alluding to email evidence and testimony that disproved Mr. Johnson’s argument. “They knew it on July the 25,” Mr. Cohen said of the Ukranians. “There were communications from the embassy that have been released that they knew the aid was being held up. They knew it was being held up.”

It was an example of the different impeachment realities that the two parties are living in. But it was hardly the only one.

Different impeachment realities? There’s only one reality here. And unfortunately, for the past month or so, Republicans have been busy playing The Sims Impeachment Expansion Pack.

The author of the piece, Michael Shear, appears to acknowledge that Rep. Mike Johnson (R-Louisiana) is full of shit when Shear writes “alluding to email evidence … that disproved Mr. Johnson’s argument.” So why the coy aside about “different impeachment realities”? That implies that Democrats are living in their own world with their own febrile fantasies, too, just like Republicans.

So why is it no longer okay for journalists to simply state the obvious?

As Favreau noted above, this story feeds the Republicans’ totally made up and provably false narrative that this is just a political witch hunt undertaken to embarrass the pr*sident and nullify the 2016 election.

If there’s some other point to it, I’d be glad to hear it.

'Q' is for Quisling 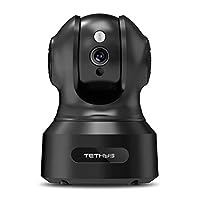