Since the Wisconsin Primary is coming up next Tuesday, Marquette University’s latest poll reminds us how much of a role Wisconsin will play in the general election:

And in the Democratic Primary, Biden has a huge lead over Bernie Sanders:

Since the last Marquette Law School poll in February, the Democratic primary field has shrunk to two candidates, Vice President Joe Biden and Sen. Bernie Sanders. Table 5 shows how support for each candidate has changed each month since November 2019. Biden held a small lead in November through January, while Sanders moved into first place in February. Those results are much different in the March poll, with Biden at 62 percent and Sanders at 34 percent. Among those who say they are absolutely certain to vote, or have already voted, in the Democratic primary, Biden receives 65 percent and Sanders 32 percent. Given the uncertainty created by historically high levels of absentee voting and the unknown levels of election day turnout, these findings should be viewed with more than the usual caution.

Trump’s approval in Wisconsin is 48/49. Governor Tony Evers (D. WI) gets high praise for his handling of the coronavirus pandemic. It’s going to be a competitive state but it’s one that we can win.

A federal judge is signaling he will not move next week's presidential primary but will expand people's ability to vote — possibly by allowing them to cast ballots by mail after election day because of the coronavirus pandemic.

U.S. District Judge William Conley will hold a hearing at 1 p.m. over what changes, if any, he should make to Tuesday's election as mayors and clerks warn that voters and poll workers could be sickened and ballots could go uncounted.

In a video conference with attorneys Tuesday, Conley indicated he did not think he could change the election date but believed he could offer significant other help for voters. Conley did not allow reporters to listen in on Tuesday's video conference, but three people familiar with his comments described them to the Milwaukee Journal Sentinel.

“In my opinion, the (Wisconsin Elections) Commission knows there are going to be many, many ballots that are legitimate that aren't going to be counted” unless the judge changes voting rules, said Mark Thomsen, a Democrat who sits on the commission.

“We really are at a crisis here.”

On the ballot is the presidential primary, a crime victims rights amendment to the state constitution and elections for state Supreme Court and local offices.

With a 10-year (!) term on the line, it’s difficult to understate the importance of the race between incumbent Daniel Kelly and Dane County Judge Jill Karofsky, his polar opposite challenger. Over the next decade, the state’s highest court will take up issues like redistricting and voting rights. Their decisions may shape Wisconsin for a generation.

Kelly is about as conservative as they get, at one time publishing reprehensible blog posts about LGBTQ people. Even so, Kelly’s been on the bench since his appointment by Sc*tt W*lker in 2016 and touts a commitment to interpreting the laws as written. But Kelly’s claims of impartiality is only lip service; in reality, he’s a far-right Christian conservative who holds all the same reductive views as you might expect from a red-faced white man in his late 50s.

On the other side, the liberal Karofsky has accused Kelly and other Supreme Court conservatives of acting “like politicians” and making decisions before anyone’s even set foot in the courtroom. Under that metric the same could be said of Karofsky, though her views are more… humane. She’s a staunch supporter of reproductive rights (which Kelly once called a liberal plot to “preserve sexual libertinism”) and gun control (Kelly can’t even read the room on the topic). Karofsky also expresses a desire to overhaul the justice system.

In a perfect world, the courts would be impartial — but true neutrality is hard to come by. So let me ask: do we really need two guys on the state’s highest court with a history of flagrantly homophobic statements?

Let’s keep up the momentum in Wisconsin and have a victorious day on April 7th. Click below to donate and get involved with Biden and Karofsky’s campaigns: 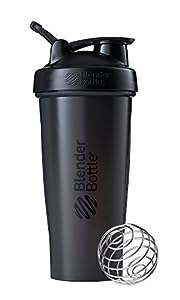