Never Ceases to Amaze Me…

It took credible evidence and the words of the self-identified victims of underage sexual advances, to allow Doug Jones to defeat Roy Moore for the Alabama Senate seat vacated by Jeff Sessions in 2017. Mr. Jones deserved to win the race on integrity alone. Confirmed in 1997 as the United States Attorney for the Northern District of Alabama, Jones successfully prosecuted two of the four men responsible for the cowardly bombing attack on the famed 16th street Baptist Church in Birmingham, Alabama.  Four little black girls who came early for Sunday school that morning were killed; Addie Mae Collins (14), Cynthia Wesley (14), Carole Robertson (14), and Carol Denise McNair (11)—say their names. The other story was that the race, despite little doubt of Moore’s guilt, was so close,49.9 for Jones 48.4 for Moore. Sure, Alabama is a deep red state and Jones ran as a Democrat but the choice was voting for a man who defended the rights of little girls even in death, against a man accused of abusing little girls in life.

Similarly, this November, Jones is faced with another Republican, this time one of questionable racial judgment. Former football coach Tommy Tuberville is a son of the south and was 11 years old when the Voter’s Rights Act passed. He is an Alabama legend, along with the Edmund Pettus Bridge and Alabama governor George Wallace, who said in 1963, “…In the name of the greatest people that have ever trod this earth, I draw the line in the dust and toss the gauntlet before the feet of tyranny . . . and I say . . . segregation today . . . segregation tomorrow . . . segregation forever.”

Tuberville has coached black athletes some of whom praise his coaching ability and probably his character. It may sound unfair to lump Mr. Tuberville in with the likes of Wallace or the infamy of the Edmund Pettus Bridge, but recently the old coach displayed the retreat and intractability of today’s Republican thinkers. On the heels of the death of probably the most famous last living icon of the civil rights era, Mr. Tuberville was asked about the John R. Lewis Voting Rights Act of 2020. According to a report in al.com, Tuberville ‘fumbled’ for an answer and he finally replied with a convoluted, insulting, meandering-diatribe which displayed his ignorance of the subject:

“You know, the thing about the Voting Rights Act it’s, you know ― there’s a lot of different things you can look at it as, you know, who’s it going to help? What direction do we need to go with it? I think it’s important that everything we do we keep secure. We keep an eye on it. It’s run by our government. And it’s run to the, to the point that we, it’s got structure to it. It’s like education. I mean, it’s got to have structure. Now for some reason, we look at things to change, to think we’re gonna make it better, but we better do a lot of work on it before we make a change,” said Tuberville.

As harsh a critic as I may be of the current Republican party I am a believer in a sane opposition. The Republican party of my youth, after all, helped push the Civil Rights and Voter Rights Act(s) across the finish line. The GOP is now a group of bigoted-conspiracy theorists, dead set on keeping power through hypocrisy, illegality, and lying. Headed up by a chief of state incapable of truth, justice, or decency. Donald Trump has accused more than half the American electorate of working to rig the election—when in truth he has rigged the GOP. 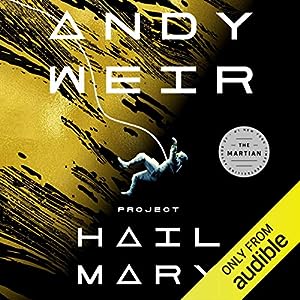