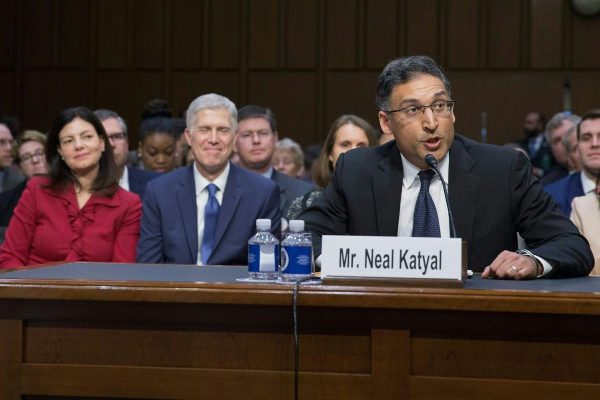 We’re all appreciating the history of the moment, even as we are appalled that Trump continues to evade an accounting of the truth of the Arms for Dirt Scandal. Neal Katyal’s thread outlines the coming stakes.

THREAD ON IMPEACHMENT AND REMOVAL IN THE NEW YEAR. The conventional wisdom is that the Republicans in the Senate will rush to acquit Trump. I outline here why I think that overstates the case, and that the process has any number of variables in which things may change.

1. Trump wants you to believe that the outcome is preordained. But it’s not. Particularly when he acts the way he does.

2. First, the facts. Trump has done something no one has done, not even Nixon. Categorically blocked all witnesses & documents in impeachment. That’s how a guilty man behaves. Nixon’s support looked strong through the start of impeachment, but it crumbled

Opinion | What Trump Is Hiding From the Impeachment Hearings
3. Trump has outed the whistleblower by name. Is that how an innocent man behaves?

Who would want to live in a country where its leader could just name the identity of a whistleblower and invite retaliation against him? Despicable, unAmerican, and @MittRomney your country (and your Party) needs you now. https://t.co/dmiOiVrOIZ

4. Trump has never been able to come up with a coherent story for why the aid to Ukraine was suspended. I don’t have space to detail all of that here, but my book with @SammyKoppelman goes through all his shifting explanations in detail.

5. Now, why should any of those pesky facts matter to a Senate, particularly one controlled by Mitch McConnell who has publicly pledged to move in lockstep with the White House and acquit the President? #CanIGetAWitnessMitch ?

6. First, because even McConnell has no appreciation for our system of law, others do. His statements blatantly violate his Oath, which requires him to do impartial justice. And our Constitution puts the Chief Justice in charge of the impeachment trial.

7. Chief Justice Roberts will strive to do impartial justice, even if McConnell won’t. His New Year’s Eve Statement was characteristic.

As the new year begins, and we turn to the tasks before us, we should each resolve to do our best to maintain the public’s trust that we are faithfully discharging our solemn obligation to equal justice under law.”https://t.co/qpkiPgPpst

8. Second, the case for blocking the witnesses is a really hard one. McConnell looks like he’s protecting a guilty man with something to hide. This weekend’s revelations in the @nytimes make McConnell’s position increasingly untenable.

9. Third, Dems are giving Trump what he wanted. During House proceedings, Trump said he wanted witnesses to testify, just in Senate not the House. Dems have called him on it. Bait&switch now? Trump is acting even more like a guilty man b/c he is afraid.

Here's Trump earlier this month insisting that he wants Mulvaney and Pompeo and Perry to testify in the Senate. Let's hold him to it! https://t.co/Ri9HObCfPU pic.twitter.com/1FOnrwFl52

10. It is no surprise @lisamurkowski raised concerns about McConnell & @SenatorCollins announced she is open to witnesses. I expect pressure to build. @MittRomney will be critical. Ultimately, I can see a resolution leaving these questions to CJ Roberts.

Susan Collins said that she is “open to witnesses” in Trump's impeachment trial and criticized Mitch McConnell for working closely with the White Househttps://t.co/hcSkrMIhna

11. Trump’s actions, which look, smell, and sound like that of a guilty man are just the start. He is becoming increasingly erratic, stumbling into lawbreaking like revealing the whistleblower identity and the like.

12. And that is why you see Trump’s support cracking in quarter after quarter. Christianity Today. Influential conservatives like @RameshPonnuru.

13. Apart from witnesses, longstanding Senate impeachment rules say that the President is summoned to appear in the Senate when impeached. Trump should testify. If he thinks he did nothing wrong, #SayItUnderOath. That’s what innocent people do, day in and day out.

14. I have never felt the case for impeachment is political, it’s based on the rule of law. Whether it hurts Dems or helps Republicans is beside the point. It’s our duty. People like me just want process – a real trial where both sides make their case.
15. And the thing that gets me the most, is that Trump is behaving like a guilty man. If this were such an easy case, as he claims, he should do what every other American does – face justice and tell his story. The fact that he is afraid to do that speaks volumes.

And he is afraid of you and me knowing the truth.

There is hope that our Senate will see that.

When the Chief Justice administers the oath of impartiality to a Senator who has said he will not be impartial, he will need to decide what his own oath demands — and whether he has jurisdiction to rule on a motion to recuse that Senator for cause.https://t.co/slWQa6XiKO