From Chris Cillizza at CNN:

North Carolina Republican Sen. Thom Tillis has a theory about the 2020 election that you need to hear.
“The stakes are very high this election, but you know why I know we're going to win?” Tillis said in a speech at the North Carolina Republican virtual convention Friday night. “Because people remember how good their lives were back in February.”
Er, what?
So, under Tillis' theory, the last five months, which have been among the most trying, unusual, difficult and without a doubt memorable months of any of our lives, will be forgotten — or glossed over — in November because, back in February, the economy was good?
Is it possible Tillis actually believes that? I mean, I suppose so? We can convince ourselves of almost anything — particularly, as is the case for Tillis, when our future job prospects rely on rationalizing away reality. (Tillis is up for a second term this November and is in a serious battle against Democrat Cal Cunningham.)
But, whether or not Tillis actually believes what he said, it's demonstrably false.
There is absolutely no data that suggests the America that existed in February — before we really knew what Covid-19 was or had ever heard the name George Floyd — bears any real resemblance to the current state of the country.
The past few months have been relentlessly unsettling, scary and tense. And they have changed us.

That’s such a painstakingly idiotic and tone deaf response from Tillis. Also, here’s a nice reminder that Tillis is a scumbag:

U.S. Sen. Thom Tillis backs legislation that would declare a broad class of toxic substances as hazardous under the EPA, but he recently opposed a similar effort that would apply only to the U.S. Department of Defense.

Tillis, a freshman Republican who sits on the Senate Armed Services Committee, voted against an amendment to a defense policy bill last month that would have designated two per- and polyfluoroalkyl substances (PFAS) as hazardous under Title X of the U.S. Code — the law governing the Defense Department. Doing so would have given the department more discretion to use funds to clean up contaminated areas, recover related costs from polluters, and reimburse communities for cleanup efforts.

PFAS are used in tape, nonstick pans, carpeting, waterproof clothing and firefighting foam. The foam, which is used in military training exercises, is often the source of contamination on and near bases. PFAS have been found in the water systems at 328 military bases, including those supply Fort Bragg in Fayetteville.

PFAS have been linked to cancer and other serious health problems and may weaken immunity to COVID-19 and other infectious diseases, according to the Centers for Disease Control and Prevention.

The Defense Department provision was among several included in a larger PFAS amendment to the National Defense Authorization Act (NDAA) that was offered during a closed-door markup of the bill in June. The amendment included other provisions that would expand military access to PFAS blood testing, increase PFAS clean up funding and address the incineration of PFAS-laden firefighting foam, sources said.

Tillis and 13 other committee Republicans voted against the PFAS amendment, effectively killing it. The committee’s 13 Democrats voted for it.

We really need to get rid of this asshole and help Cal Cunningham (D. NC) replace him. Click below to donate and get involved with Cunningham, Cooper, Biden and their fellow North Carolina Democrats campaigns: 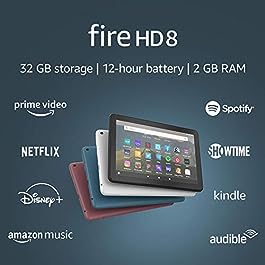