We know it. You know it. Trump knows it. Democrats only need to flip four seats to take back the Senate — and our best chance to do that is with Cal Cunningham in North Carolina.

That’s why Trump is on his way there right now to rally his right-wing base in support of Cal’s Republican opponent.

I told Cal I’d do whatever he needs to help him prepare for his FOURTH Trump visit. That’s why I’m reaching out to this incredible grassroots team before time runs out:

Can you rush a split contribution of $10 or more to help Cal and his team prepare for the onslaught of attacks that are sure to come their way today? You’ve never let me down before and I’m counting on your help now.

My friend, Cal, is running to defeat Senator Mitch McConnell’s irresponsible agenda and give North Carolina the independent leader they deserve.

I know he can do it, too. Major election forecasters have rated this race a toss-up. Plus, Cal’s opponent is one of the most vulnerable Republican Senators in the country.

It’s clear North Carolina is ripe for the taking and Cal is in a position to win. That’s why Trump is barging into the state for the FOURTH time and why McConnell and his dark money allies are spending millions of dollars to defeat Cal.

He needs our support to build a campaign that can fight back before Trump gets to North Carolina, so I’m asking:

Will you pitch in a split contribution between Cal’s campaign and our efforts to take back the Senate before Trump takes the stage? Your donation would give Cal’s team the resources they need to fight back and flip the Senate majority.

We can flip North Carolina blue and take back the Senate for Democrats, but only if we give this fight everything we’ve got. 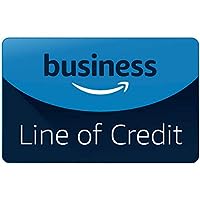