The New York Times has a good piece out about how heated and expensive the North Carolina U.S. Senate race is becoming:

Republican U.S. Senator Thom Tillis is used to being in a tight spot in campaigns in the swing state of North Carolina, having come from behind in the polls six years ago to clinch his post.
With his home state figuring prominently in Democrats’ effort to try to wrest control of the Senate this year, the 59-year-old is back in the hotseat. Tillis’ re-election race against Democratic U.S. Army veteran Cal Cunningham is widely considered a toss-up, and millions of dollars are pouring in.
“It’s most likely going to be the most expensive race in U.S. history … It’ll be close,” Tillis said in an interview.
Leading Democratic and Republican “super PACs” that focus on Senate races said in March they are investing a combined $47.4 million in ad buys in North Carolina this year, more than they have planned for any other state so far. Under federal law, super political action committees can raise and spend unlimited amounts of money, unlike candidates, but cannot coordinate their efforts with a candidate’s campaign.

North Carolina is already becoming a hot bed this year with Cunningham leading in the polls, Governor Roy Cooper (D. NC) with double-digit approval rating and Joe Biden making either leading or tied with Trump in the state. But Trump is also determined to hold the Republican National Convention in North Carolina… or whatever state will have it:

On the somber occasion of Memorial Day, President Trump delivered a message to Gov. Roy Cooper of North Carolina: Nice little convention you have planned. Shame if anything happened to it.
The president’s precise wording was only slightly more subtle. The Republican National Convention is scheduled for Charlotte the last week in August, less than three months from now. With the coronavirus still on the prowl, no one knows if it will be possible to hold such a gathering safely or if it might be a poor idea to cram tens of thousands of people into an arena for several days — not to mention turn them loose on the cocktail parties, dinners, breakfasts, panel discussions, policy luncheons, concerts, receptions, protests, counterprotests and other japery that surround these quadrennial spectacles.
But Mr. Trump will not be denied his hours of prime time and his coronation. Grousing that the state’s “Democrat governor,” Roy Cooper, is “still in Shutdown mood,” he demanded in a Monday Twitter thread that Mr. Cooper “guarantee” the festivities could proceed with “full attendance” as originally planned. If not, he threatened, “we will be reluctantly forced to find, with all of the jobs and economic development it brings, another Republican National Convention site.”
Later that day, Vice President Mike Pence went further, floating three possible alternative states — Florida, Texas and Georgia — all “farther along on reopening” and all with Republican governors. He assured the viewers of “Fox & Friends,” “What you’re hearing the president say today is just a very reasonable request of the governor of North Carolina.”

We need to get ready to win big in North Carolina. Click below to donate and get involved with Cunningham, Cooper, Biden and their fellow North Carolina Democrats campaigns: 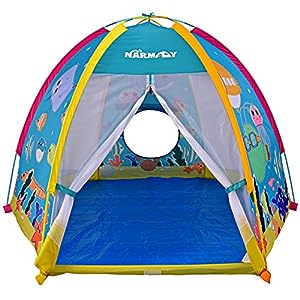