Only 22% of voters approve of the job Burr’s doing to 54% who disapprove. When PPP last polled on him in June he had a 32/36 approval spread- since then his disapproval is up 18 points and his approval has dropped by 10 points.

When voters are informed later in the poll about his 1.7 million dollars in stock sales, 69% say that gives them ‘very serious’ concerns about him and support for his resignation goes up to 60%, with 22% opposed.

A few years ago Tillis expressed the view that restaurants shouldn’t be required to make their employees wash their hands on the job. In the current crisis, 76% of voters say that Tillis’ comments on this issue give them ‘very serious’ concerns about him, which includes 84% of Democrats, 77% of independents, and 66% of Republicans.

Roy Cooper and Donald Trump are getting very different reviews when it comes to their handling of the coronavirus. Cooper gets overwhelmingly positive marks for his leadership with 63% approving and just 19% disapproving of the job he’s doing. He gets good feedback from Democrats (78%), independents (56%), and Republicans (50%) alike. His overall approval now stands around the highest level of his term at 56/26.

Views on Trump’s leadership in the crisis are much more mixed. 49% approve of the job he’s doing on it to 45% who disapprove. While 87% of Republicans think he’s doing a good job, independents split against him (45/51), and he gets just 21% approval from Democrats. His overall approval in the state is on slightly negative ground with 47% of voters approving of the job he’s doing and 48% disapproving.

Only 20% of North Carolinians think the actions that have been taken with regards to the coronavirus constitute overreacting. 36% think there’s been an under reaction, and 40% think the response has been about right.

By the way, yes Tillis did say back in 2015 that restaurant employees shouldn’t be ordered to wash their hands:

During a question-and-answer session at the Bipartisan Policy Center on Monday — posted online by C-SPAN — the freshman North Carolina Republican Sen. Thom Tillis was riffing about the United States being “one of the most regulated nations in the history of the planet.”
He told the story of a conversation he had at a Starbucks in his old state legislative district, where he said businesses should be able to “opt out” of some requirements.
His conversation partner said some regulations — like public health requirements, such as requiring restaurant workers to wash their hands — are necessary.
But Tillis disagreed, saying it's an example he could use to “illustrate the point.”
“I don't have any problem with Starbucks if they choose to opt out of this policy, as long as they post a sign that says, 'We don't require our employees to wash their hands after leaving the restroom,'” Tillis said.
“The market will take care of that,” he said, drawing laughs Monday.
“It's one example — but then let them decide,” Tillis said. “Now that's probably one where every business that did that would go out of business, but I think it's good to illustrate the point that that's the sort of mentality that we have to have to reduce the regulatory burden on this country.”

By the way, The Daily Beast has a new piece out that highlights how slimy Tillis really is:

Early last year, as lawmakers vowed to curb rising drug prices, Sen. Thom Tillis was named chairman of the Senate Judiciary Committee’s subcommittee on intellectual property rights, a committee that had not met since 2007.

As the new gatekeeper for laws and oversight of the nation’s patent system, the North Carolina Republican signaled he was determined to make it easier for American businesses to benefit from it—a welcome message to the drugmakers who already leverage patents to block competitors and keep prices high.

Less than three weeks after introducing a bill that would make it harder for generic drugmakers to compete with patent-holding drugmakers, Tillis opened the subcommittee’s first meeting on Feb. 26, 2019, with his own vow.

“From the United States Patent and Trademark Office to the State Department’s Office of Intellectual Property Enforcement, no department or bureau is too big or too small for this subcommittee to take interest,” he said. “And we will.”

In the months that followed, tens of thousands of dollars flowed from pharmaceutical companies toward his campaign, as well as to the campaigns of other subcommittee members—including some who promised to stop drugmakers from playing money-making games with the patent system, like Sen. John Cornyn (R-TX).

Tillis received more than $156,000 from political action committees tied to drug manufacturers in 2019, more than any other member of Congress, a new analysis of KHN’s Pharma Cash to Congress database shows.

Sen. Chris Coons (D-DE), the top Democrat on the subcommittee who worked side by side with Tillis, received more than $124,000 in drugmaker contributions last year, making him the No. 3 recipient in Congress. No. 2 was Sen. Mitch McConnell (R-Ky.), who took in about $139,000. As the Senate majority leader, he controls what legislation gets voted on by the Senate.

Neither Tillis nor Coons sits on the Senate committees that introduced legislation last year to lower drug prices through methods like capping price increases to the rate of inflation. Of the four senators who drafted those bills, none received more than $76,000 from drug manufacturers in 2019.

With the GOP majority on the line, Moscow Mitch’s Super PAC is stepping up their early ad buy to try and stop Cal Cunningham (D. NC) from beating Tillis:

With numbers like these, itÃ¢Â€Â™s no surprise that Mitch McConnellÃ¢Â€Â™s allies just dumped another $22 million into this race. They know Thom Tillis is weakÃ¢Â€Â”and that IÃ¢Â€Â™ve got what it takes to flip this seat in November. https://t.co/RSbpJ8fmK3Ã¢Â€Â” Cal Cunningham (@CalforNC) March 24, 2020

Let’s help Cunningham and his fellow North Carolina Democrats get ready. Click below to donate and get involved with their campaigns: 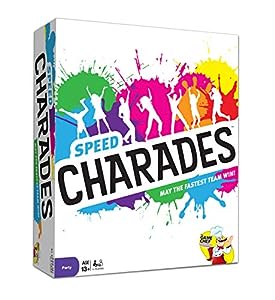