Received this e-mail just now from Democracy for America:

This afternoon, we're excited to endorse @CalforNC for U.S. Senate in North Carolina. Cal believes that quality healthcare is a right & heÃ¢Â€Â™s committed to standing up to those who profit from exploding premiums, co-pays, & drug costs — unlike big pharma errand boy Thom Tillis. pic.twitter.com/astnzLVPt1Ã¢Â€Â” Democracy for America (@DFAaction) March 10, 2020

Cal – an Army veteran, business leader, and former state legislator – is taking on GOP Senator Thom Tillis this November, and unlike Tillis, he’s ready to fight for working families in Washington.

While Tillis has spent his career working to gut Obamacare to please his pharmaceutical industry financiers, Cal believes that quality healthcare is a right and he’s committed to standing up and taking on the wealthy and powerful interests who profit from exploding premiums, co-pays, and prescription drug costs.

If we’re going to take back the Senate this year and finally stop Republicans’ attacks on our healthcare, we need to win at least four seats like this, and the polls show we have a fighting chance. Just last week, Public Policy Polling reported that Cal leads Tillis by 46-41%, making North Carolina the key battleground state in our fight to flip the Senate.

We’re honored to work with Cal in this race to kick Tillis out of office and end Republican Senate Majority Leader Mitch McConnell’s stranglehold on progress. If you’re with us, split a donation of $10 or more between DFA and Cal’s campaign today to help us win »

Let’s get to work to flip North Carolina blue this November, 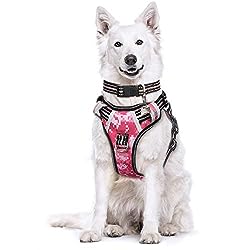