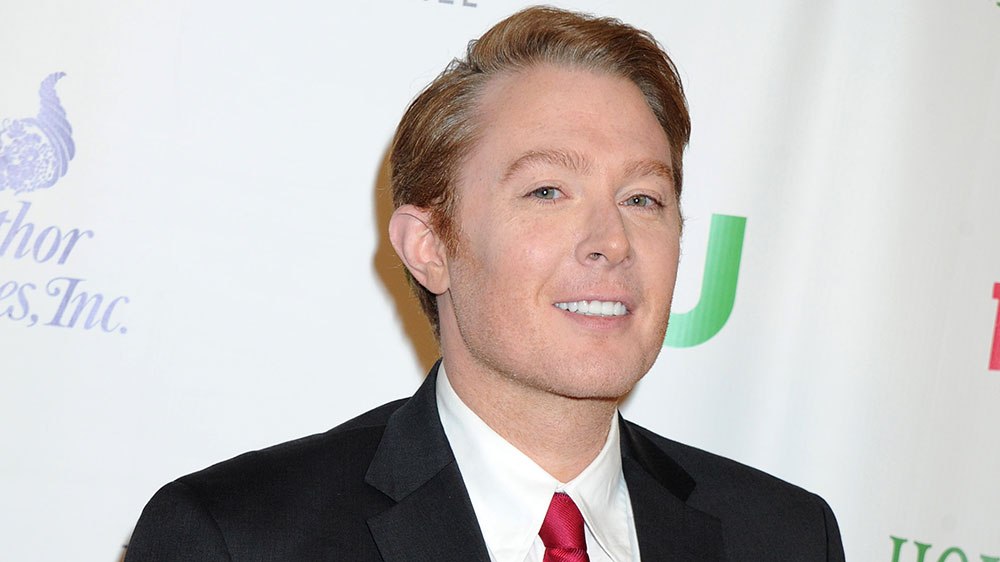 NowThis has launched the newest season of my favorite series, Who Is?, a weekly show that goes after different Trump enablers (Administration members, Fox News stooges, politicians). This week, they brought in Clay Aiken to expose fellow North Carolinian and huge Trump enabler, U.S. Senator Thom Tillis (R. NC). Check out the episode below:

By the way, Wall Street is betting big on making sure Tillis gets re-elected:

Wall Street banks have found few politicians who will stand up for them in Washington since the 2008 financial crisis turned the industry into a villain. Senator Thom Tillis is an exception.

The North Carolina Republican has been an aggressive advocate of de-regulatory policies that would save giant lenders billions of dollars. He once defended Goldman Sachs Group Inc. — famed for its swashbuckling dealmakers and traders — as a firm that probably employs “a lot of little guys.”

Tillis, 59, is up for re-election in November 2020, meaning he will soon find out whether throwing in his lot with Wall Street will cost him with voters in a state that’s become the biggest banking center in the U.S. outside of New York. That’s making his race, widely expected to be one of the most fiercely contested next year, something of a litmus test on how much of a political punching bag big banks remain a decade after the crisis.

Sensing vulnerability, Democrats have targeted Tillis as one of the Republicans they believe they have the best chance of knocking off in their quest to pick up the four seats they need to take control of the Senate. Early polling hints at tough races both in Tillis’s own GOP primary and in the general election. Democrats vying to run against him include a state senator and a former state senator. Already, they are labeling him a pawn of the financial industry.

“It’d be hard for the Democrats to get a Senate majority without North Carolina,” said Eric Heberlig, a political science professor at the University of North Carolina, Charlotte. “It’s going to be expensive.”

While Tillis may have a lot of money on his hands’ thanks to Wall Street banks, Cal Cunningham (D. NC) has brought in an impressive haul without the help of corporate PACs:

Cunningham has raised $1.72 million for the election cycle, according to the campaign.

Democrats are hoping to defeat Republican first-term incumbent Thom Tillis in 2020, in what national political experts say is expected to be one of the nation’s most competitive Senate races.

Cunningham, of Lexington, is a former state Senator who was elected in 2000. He lost to Secretary of State Elaine Marshall in the 2010 U.S. Senate Democratic primary.

Cunningham — who has not held elected office since 2003  — was running for lieutenant governor earlier this year before switching to the Senate race. Some high-profile Democrats, such as attorney general Josh Stein, former Charlotte mayor Anthony Foxx and state senator Jeff Jackson declined to run.

He met with the Democratic Senate Campaign Committee in Washington earlier this year, and Republicans have called him “Chuck Schumer’s handpicked candidate.”

Though state and national Democrats appear to have coalesced around Cunningham, there are two others running in the Democratic primary: Mecklenburg Commissioner Trevor Fuller and State Senator Erica Smith, who represents a rural northeastern district.

Fuller, who has received little media attention, had a little more than $1,000 cash on hand through the second quarter.

Cunnigham has rasied more money at this point in the race than Tillis has in 2013, before he defeated Democrat Kay Hagan in 2014.

But Tillis has nearly $4.4 million cash on hand, according to his most recent campaign finance report, which runs through the second quarter.

Let’s keep up the momentum. Click below to donate and get involved with the North Carolina Democrat’s campaign you support:

(43373)
$0.00 (as of May 22, 2022 14:12 GMT -04:00 - More infoProduct prices and availability are accurate as of the date/time indicated and are subject to change. Any price and availability information displayed on [relevant Amazon Site(s), as applicable] at the time of purchase will apply to the purchase of this product.)